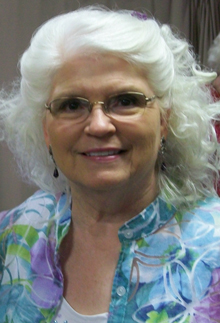 College Park, MD, March 28, 2014—AAPT has announced that Evelyn Restivo will receive the association’s Homer L. Dodge Citation for Distinguished Service to AAPT during the 2014 Summer Meeting in Minneapolis, MN.

Restivo has been an active member of AAPT since 1985 serving as a role model for preservice and inservice teachers through many different venues. She teaches students at all levels from high school through college in both chemistry and physics. She has worked tirelessly for PTRA, TSAAPT, and AAPT through countless workshops as both a leader and a co-presenter.

Her career as a science teacher started in 1969, following her graduation from Central State College, Edmond, OK with B.S.E. in Natural Science. She has taught Biology, Chemistry, Geology, and Physics in Oklahoma, Tennessee, Georgia, and Texas. She continued her education, earning her M.Ed in 2001 at Texas A&M University, College Station, Texas.

A dedicated contributor to physics teaching in Texas for decades, she has served the Texas Section as President and as the TSAAPT liaison to Science Teachers Association of Texas. She has presented the Physics strand annually at the Conference for the Advancement of Science Teaching, a gathering of several thousand science teachers in Texas. She has also been a major contributor to Quarknet. In 2012, Restivo was the recipient of the Texas Section of the American Association of Physics Teachers Katherine Mays Award for Outstanding Contributions to Physics Education.