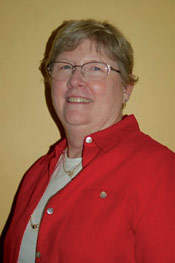 Elizabeth C. (Tommi) Holsenbeck to be Recognized as a 2015 Recipient of the Homer L. Dodge Citation for Distinguished Service to AAPT

Holsenbeck, Physics Specialist for Alabama Science In Motion, Alabama State University Region, 2006-2014, is recognized for her work with PTRA and the High School Physics Photo Contest.

Holsenbeck earned her B.S.at Auburn University and her Certification in Comprehensive Science from the University of Alabama. She began working as a high school physics teacher in 1997 at Jefferson Davis High School in Montgomery, Alabama.  Joining AAPT during her first year teaching she was mentored by members in the Alabama Section. Additionally, she accepted opportunities to develop as a teacher trough PTRA,  PTRA for Rural Workshop at Auburn University 2005-2007, PRISMS (Physics Resources and Instructional Strategies to Motivate Students)- Trainer 1988 -1993, C3P (Comprehensive Conceptual Curriculum in Physics)-Trainer 1996-1999, Labnet (TERC)- Mentor 1990-1994, ASPIRE (Alabama Supercomputer Program to Inspire Computational Research in Education) where she was Regional Coordinator 1995-2002, and PS4ET (Physical Science for Elementary Teachers) Trainer, funded by Alabama Commission on Higher Education Eisenhower Grant,1992-1995.

Regarding her selection to receive this award, she said, “I am flattered to receive the Homer L Dodge Citation for Service to AAPT.  AAPT has been the main resource allowing me to work with the many physics programs where I have learned so much.  The company of other citation recipients, current and past, is humbling.  I want to thank everyone who has nurtured me in my physics teaching journey.”