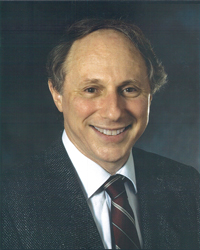 College Park, MD, March 20, 2017—AAPT has announced that Kenneth Heller will receive the Robert A. Millikan Medal during the 2017 Summer Meeting in Cincinnati, Ohio. This award recognizes educators who have made notable and intellectually creative contributions to the teaching of physics.

Heller is a professor of physics at the School of Physics and Astronomy, University of Minnesota, Minneapolis, MN. In nominating him for this honor his colleagues noted his pioneering and continued efforts to develop and refine physics education, in creative and innovative ways.

After receiving his B.A. from the University of California, Berkeley, Heller spent two years in the Peace Corps in Kenya and Nigeria before completing his Ph.D. at the University of Washington. Besides his roles as professor of physics and associate head of the physics department at the University of Minnesota, he has for many years been an active member of both APS and AAPT, and has organized events for both associations. He is a fellow of the APS and AAAS and is a regular presenter at the AAPT/APS New Faculty Workshops.

Heller is a pioneer in developing a systems approach to supporting the learning of physics through problem solving. This approach emphasizes the importance of the structure of problems including paper and pencil and laboratory problems, the structure and support of student groups, the preparation and support of teaching assistants, and the beliefs and values of faculty. Heller and his research and development group used a variety of methods to establish the research basis for the pedagogy known a Cooperative Group Problem Solving and made the technique adaptable by a wide variety of instructors and institutions.

The pedagogical systems and materials produced by his PER group are some of the most widely used research validated materials in U.S. colleges and universities. Although developed for introductory physics at the college level, this pedagogy has been influential in teaching advanced physics courses and in other STEM fields as well. The continuing work includes the use of computers on the internet as coaches and the appropriate structure and content of the introductory physics course for biology majors.

His service in support of physics education includes his role as AAPT President. He has also served on several other APS and National Academies committees related to education. For example, he was a member of the National Academies Committee on the Status, Contributions, and Future Directions of Discipline-Based Education Research. The report from this committee, released in 2012, has been highly influential in supporting the growing field(s) of Discipline-Based Education Research, of which Physics Education Research is an important part. All of these efforts are in service of improving teaching and learning of core science content.

Heller's colleagues have highlighted some of his efforts: "He is an accomplished experimental high-energy physicist who has made important contributions to our understanding of hadrons and neutrinos while mentoring dozens of graduate and undergraduate students in research. Heller has also been a leader over more than two decades in the national conversation about teaching in the introductory physics course. His writings and presentations are deeply insightful and have a standard of scholarship commensurate with his HEP research. Many of Heller's highly practical innovations have been adopted by physics programs around the world, and have spread to other disciplines as well. His emphasis on problem solving reinforces the outlook of most physicists about the essential nature of quantitative thinking in our discipline."

"Heller has always been a strong champion of improving physics instruction. Perhaps his most important contribution to the teaching of physics has been the co-development (with his wife) of the Cooperative Group Problem Solving (CGPS) teaching method. This innovative method has been adopted by many physics teachers at all levels. But, perhaps more importantly, has spurred significant additional work related to i) improving student problem solving skills and ii) using cooperative groups in undergraduate physics instruction."