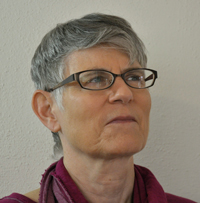 College Park, Maryland, United States, February 7, 2014 — The American Association of Physics Teachers (AAPT) announced today that Ruth Chabay and Bruce Sherwood will share the 2014 David Halliday and Robert Resnick Award for Excellence in Undergraduate Physics Teaching. This award is given in recognition of contributions to undergraduate physics teaching and awardees are chosen for their extraordinary accomplishments in communicating the excitement of physics to their students. John Wiley & Sons is the principal source of funding for this award, through its donation to the AAPT.

Chabay earned a Ph.D in physical chemistry from the University of Illinois at Urbana-Champaign.  She is Professor Emerita in the Department of Physics at North Carolina State University and recently was Weston Visiting Professor, Department of Science Teaching, at the Weizmann Institute of Science in Rehovot, Israel. She has also taught at the University of Illinois at Urbana-Champaign and Carnegie Mellon University. She is a Fellow of the American Physical Society. 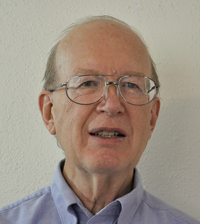 Sherwood’s Ph.D is in experimental particle physics from the University of Chicago.  He is Professor Emeritus in the Department of Physics at North Carolina State University.  He has also taught at Caltech, the University of Illinois at Urbana-Champaign, and Carnegie Mellon University. He is a Fellow of the American Physical Society.

Both Chabay and Sherwood have made great contributions to the modernization of the introductory, calculus based Physics curriculum by authoring the Matter & Interactions textbook published by John Wiley & Sons, which integrates contemporary and classical physics by making macro-micro connections and emphasizing fundamental principles. They have played a major role in developing the VPython interactive 3D programming environment and integrating computational modeling into the introductory physics curriculum.   Their goal has been to help students acquire the conceptual and computational skills to be able to apply fundamental physical principles to complex real-world systems.

Regarding their selection for this award they noted, "It’s an honor to receive this award from AAPT, a community in which so many people think so deeply about teaching and learning physics.  We especially value this community’s willingness to take seriously nontraditional ideas about introductory physics, such as our conviction that introductory physics doesn’t have to be about inclined planes, and that computational modeling can enable students to analyze complex systems, even at the introductory level."