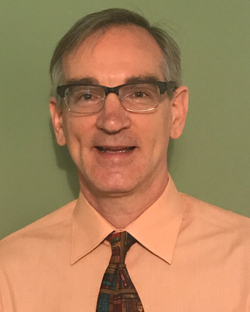 2018 National Board of Directors Election Candidate for Secretary

Inspired to contribute to a society that has profoundly influenced me as a physics teacher, I would like to serve as Secretary of the American Association of Physics Teachers AAPT. The camaraderie that I have experienced at meetings and through other interactions has provided opportunities for me to learn from many of you. AAPT is an organization built on the foundation of enhancing understanding and appreciation of physics through teaching, and I am proud to be one of its members. The values of AAPT also motivate us as educators to continue to be creative and innovative in our teaching, and I personally embrace that challenge.

While I do not have substantial experience at the national level of AAPT, I have been a member of AAPT for over twenty years and have participated in many of the AAPT Summer and Winter Meetings over the past decade. I have regularly contributed to The Physics Teacher, both as an author and a reviewer. My upcoming IOP Concise Physics book Science in the Arena (2019) is a result of conversations from the 2017 AAPT Summer Meeting. As one who has not held an official position on a national committee, I have had the privilege to attend numerous meetings of various committees, including Committees on Apparatus, Laboratories, and Science Education for the Public. Such experiences have been invaluable for observing how different committees operate and learning what is important for these areas within AAPT. Despite my lack of experience at the executive level of AAPT, I have faithfully served the Society of Physics Students SPS in a wide variety of national-level positions.

The Secretary of AAPT serves on the Board of Directors and other AAPT Committees, so a strong commitment to work effectively with The Board, Section Representatives, and Area Chairs is imperative. I will fulfill this role to the best of my abilities in order to provide meetings and programs that meet the needs of all Association members. The Secretary also serves as Chair of the Publications Committee, so, if elected, I will work diligently and cooperatively with editors of all AAPT journals. In addition, I will endeavor to help us strengthen and improve our publications processes and formats.