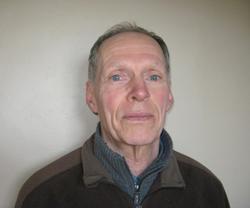 College Park, MD, March 18, 2013—AAPT has announced that Daniel H. Phelps will receive the association’s Homer L. Dodge Citation for Distinguished Service to AAPT during the 2013 Summer Meeting in Portland, Oregon.
Phelps is a retired physics teacher, having taught physics at the University of British Columbia, St. Georges School and Columbia College.

A member of AAPT since 1956, Phelps has been active in the British Columbia Section ceaselessly working to encourage the teaching of physics and to build up the organization. He served as a Section officer (Vice President, President, and Past President) from 2008-2011 and still serves as a section executive member.

His drive and enthusiasm brought the results of current research in the teaching of physics to physics educators at all levels. He has given numerous talks at local BCAPT meetings, college articulation meetings, and science teacher conferences. He has also arranged workshops for teachers, inviting some of AAPT’s leading physics faculty, which were very successful. Colleagues note that he has been the driving force providing the energy, enthusiasm, and organization to make these events happen.

Phelps was also instrumental in moving the local organization from one that dealt largely with the interests of university and college teachers to one that includes and serves those teaching at all levels, especially including high school teachers of physics, to bring awareness of new and better methods to teachers at all levels.

About AAPT
AAPT is an international organization for physics educators, physicists, and industrial scientists—with members worldwide. Dedicated to enhancing the understanding and appreciation of physics through teaching, AAPT provides awards, publications, and programs that encourage teaching practical application of physics principles, support continuing professional development, and reward excellence in physics education. AAPT was founded in 1930 and is headquartered in the American Center for Physics in College Park, Maryland.
For more information: Contact Marilyn Gardner, Director of Communications, mgardner@aapt.org, (301) 209-3306, (301) 209-0845 (Fax), www.aapt.org.