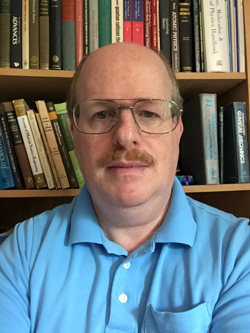 AAPT has made it through turbulent financial waters, and the shores of stability are in sight, but will it be knocked off course by the winds of change? AAPT faces challenges in the next few years regarding two key constituencies: the PER community is gaining increasing recognition in APS, and the number of high school teachers who are AAPT members has been declining. Both of these challenges require AAPT to demonstrate its relevance to these constituencies with new urgency. Outreach to the high school community has increased recently via the High School Physics Teachers' Day, the High School Physics Camp, and the hiring of a K-12 Program Manager. We need to continue to find ways to meet the needs of both of these constituencies and physics educators in general. This requires us to continue to develop ways to determine these needs. We also need to determine and eliminate issues that keep physics teachers from participating in AAPT. All of this requires open dialogue between the leadership and membership and between the membership and the physics education community at large. Every member has an important role to play. The Board of Directors can help to organize the efforts of the members to maximize their effectiveness.