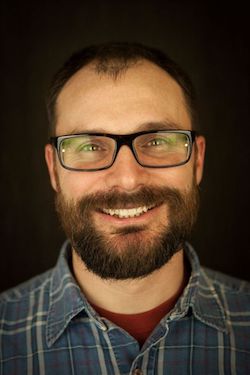 College Park, MD, October 12, 2021—AAPT has announced that Dimitri Dounas-Frazer will receive the association's Homer L. Dodge Citation for Distinguished Service to AAPT, during their 2022 Winter Meeting. He is being recognized for his work on diversity and equity in Physics Education.

Regarding his selection to receive this citation, Dounas-Frazer said, “I’m deeply grateful to the people who nominated me for this award. Volunteering for AAPT and organizing for change in physics education has been a rewarding—and often challenging—experience. Doing so has provided me the opportunity to work with and learn from diverse groups of students, staff, faculty, and other stakeholders in secondary and post-secondary contexts. I hope that the efforts I’ve been part of ultimately do more good than harm. Sadly, physics education has a long way to go when it comes to eradicating systemic and interpersonal ableism, racism, cis-hetero-sexism, and commitments to capitalism and colonialism.”

Dounas-Frazer earned his Bachelors and Masters Degrees from the Colorado School of Mines and his Ph.D. from the University of California, Berkeley. He has been a member of AAPT since 2012 and has served in various leadership positions, including as the AAPT representative to the AIP Liaison Committee on Under-represented Minorities and as the At-large Four-Year College representative of the AAPT Colorado-Wyoming Section. He has also volunteered for AAPT as the Vice Chair and then Chair for the Committee on Diversity in Physics from 2015-2017 and for the Committee on Laboratories from 2018 to 2020. He currently serves on the AAPT Nominating Committee.

In nominating Dounas-Frazer for this recognition his colleague noted, "In both the well-known and the quiet work, Dimitri shows up for others and exhibits compassion and care. He does not shy away from doing the unglamorous, time-consuming work to be a true advocate and ally for others."