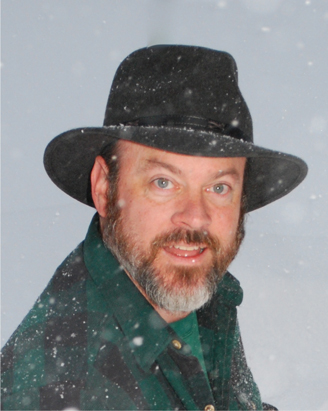 Gary White to Become Next Editor of The Physics Teacher

AAPT has announced the appointment of Gary Dane White as the new editor for The Physics Teacher (TPT).  White, currently on leave from the American Institute of Physics as a program director at the National Science Foundation, will start as the new TPT editor on August 1, 2013.

Regarding his appointment, White noted, “I am truly honored to be selected as the next Editor of TPT, and especially grateful for the vision of those who have worked so hard to develop such an incredible resource. In turn, I will strive to honor its noble legacy and maintain its great utility, while showcasing new, good ideas for teaching physics and further supporting the physics education community.”

White received his B.S. in physics from Northeast Louisiana University in 1982, and his Ph.D. in nuclear theory at Texas A & M University (TAMU) in 1986. After a short stint at Oak Ridge National Laboratory, he returned to his home state, developing research interests in ion beam physics and pedagogy.  In addition to teaching physics and astronomy for over a decade at Northwestern State University of Louisiana (NSU), being awarded Outstanding Teacher by the NSU Alumni Association in 1996, he taught the mathematics sequence for engineers at TAMU and, most recently, physics for non-science majors at The George Washington University.

As SPS and Sigma Pi Sigma advisor at NSU, he guided the chapter to a significant increase in activity, including several SPS chapter awards for a variety of undergraduate research and outreach projects. In 1998, he was elected Society of Physics Students' Zone 10 Councilor and eventually, President of the National SPS Council.

White served as the Director of the Society of Physics Students (SPS) and Sigma Pi Sigma at AIP from 2001-2012.  While Director of SPS, he oversaw the production of six publications each year (the quarterly SPS Observer and the physics honor society’s biennial Radiations), and worked with the editor and staff to change the look and content of those publications significantly.  Furthermore, the presence of SPS events and students at AAPT meetings increased under his direction.  Recently, his research interests have tended toward marble orbits on Spandex and unfair dice landings, often involving SPS members and their outreach participants in these experiments.

“Gary has been a member of AAPT since 1993 and is an avid reader, reviewer, and contributor to TPT.  He knows the AAPT and TPT community and its needs.  I look forward to having Gary join AAPT as TPT Editor,” said Beth Cunningham, Executive Officer.

About The Physics Teacher
Dedicated to the strengthening of the teaching of introductory physics at all levels, The Physics Teacher includes tutorial papers, articles on pedagogy, current research and news in physics, as well as history, philosophy, and biography. Notes cover classroom techniques, and columns feature demonstration apparatus and book and film reviews.

Online users have access to a full-featured electronic journal that provides access to back issues featuring table of contents, abstracts, and the full text of every article back to 1963. The Physics Teacher is a publication of the American Association of Physics Teachers.

About AAPT
AAPT is the premier global professional society established to advance the greater good through physics education. With the support of our members worldwide, AAPT is an action oriented organization designed to develop, improve, and promote best practices for physics education as part of the global need for qualified Science, Technology, Engineering, and Mathematics teachers who will inspire tomorrow's leaders and decision makers.
AAPT was founded in 1930 and is headquartered in the American Center for Physics in College Park, Maryland.