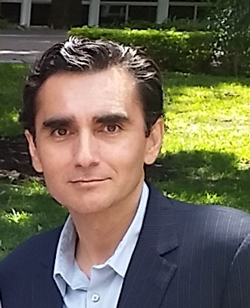 Commentary
The American Association of Physics Teachers' Mission is to enhance the understanding and appreciation of physics through teaching. I have been attempting to enhance the understanding of physics since I was a high school student 30 years ago, prior to becoming a member of AAPT. Of those 30 years, the first 15 of them were as a high school student, a university student, a graduate student and an assistant professor. I tried to enhance the understanding of physics in an unstructured way, reflecting on my own experiences. I learned about AAPT and its work in 2002, and did not hesitate to join. I found a strong and inspiring organization in which I could resonate internationally. I have been actively involved with the AAPT for the last 15 years in which I have worked hard to echo its mission in several latitudes, enjoying the experience and learning. Among some other activities, I was instrumental in creating the Mexican section of the AAPT (AAPT-MX) and served as president, hosting the first meeting back in 2008. Since then, we meet every November. I have also been quite active in the Committee on International Physics Education and the Committee on Research in Physics Education, organizing 20 AAPT sessions through the years. I would love to continue my journey as an AAPT member contributing from a new scope, providing service and leadership to the association and its members

The association has a series of noble programs and makes a great effort to finance them to benefit the community at large. The Physics Instructional Research Association (PIRA), Physics Teacher Resource Agents (PTRA), the Workshop for new physics and astronomy faculty and the Physics Education Research Conference (PERC), to name a few, are programs that have a major impact on teachers and students. We must continue to do a great job in our physics community by strengthening those programs. We also need to enhance our influence in the larger scientific and engineering community, since increasing our work with STEM groups across the country will help us fulfill and propagate our mission.

We need to unite and embrace equity and inclusion in our programs. We have done a great job, but we must continue to make efforts to be stronger and recognize our diversity. We need to strengthen our ties with other professional associations, listen to our area and advisory committees to understand their needs, and help them reach their goals. I have a great interest to increase our role in the international physics community promoting our values, propagating our programs and disseminating our mission. Our association has influence in other societies that we may not know. Interaction with a broader international community would not only increase our membership, which is a noble goal, but also, we would reach different places where we can significantly impact the understanding and appreciation of physics through teaching.