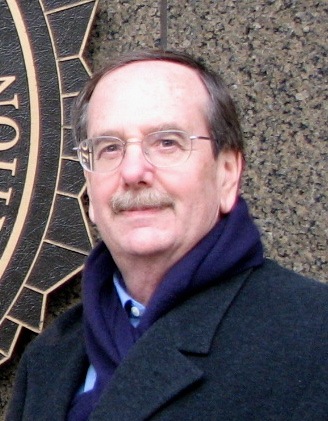 College Park, Maryland, United States, April 5, 2012—The American Association of Physics Teachers (AAPT) announced today that the 2012 Paul Zitzewitz Excellence in Pre-College Physics Teaching Award winner is Mark D. Greenman, a retired high school math and science teacher from Swampscott, MA. This award is in recognition of contributions to pre-college physics teaching and awardees are chosen for their extraordinary accomplishments in communicating the excitement of physics to their students.

Greenman’s career included 30 years of service at Marblehead High School where he served as a physics teacher, teacher mentor, computer director, mathematics director, and science director. He earned his B.A. in Physics from Hofstra University and his M.S. in Physics from Syracuse University.  Honors include induction into Sigma Pi Sigma, the physics national honor society, and Kappa Mu Epsilon, the mathematics national honor society.  Greenman has recently served for 2-years as an Albert Einstein Distinguished Educator Fellow at the National Science Foundation within the Division of Undergraduate Education (2009-2011).  He is a recipient of the 2009 Presidential Award for Excellence in Mathematics and Science Teaching, the Massachusetts’ Council for Technology Education Path Finder Award, and the Massachusetts Association of Science Teachers (MAST) Teacher of the Year Award from Essex county,  He is an inductee into the Massachusetts Hall of Fame for Science Educators, and was profiled in the Salem News “North Shore 100: Local Leaders Making a Difference in Our Future.”

Greenman is presently serving as science consultant to the Massachusetts’ “Race to the Top Developing Model Curriculum & Curriculum Embedded Performance Assessments” initiative. He continues to provide, as recipient of several grants from the Massachusetts Department of Elementary and Secondary Education, content institutes, “Physics I: Mechanics and Energy,” and “Physics II: E&M and Waves.”  The objectives of these institutes are to deepen content knowledge and improve the use of research-based pedagogy by Massachusetts’ science educators.

Greenman also sits on the board of the newly formed American Council of STEM Educators (the ACSE is presently comprised of former and current Einstein Fellows dedicated to making a positive impact in STEM teaching and learning on the National level).  He also serves on the American Public Land-Grant University (APLU) Advisory Board for their Mathematics Teacher Education (MTE) Partnership initiative and is current President of the North Shore Science Supervisors Association.
Greenman has been an AAPT Physics Teacher Resource Agent since 1985 and also shares best practices and his enthusiasm for teaching and learning through presentations and workshops at national and regional conferences. He has worked with more than 400 teachers to provide laboratory-based institutes through grants won from the State of Massachusetts and has authored articles on teaching methodology, teacher preparation, computer education, electrodynamics, and electronics.

John Ziergiebel, Principal of Marblehead High School noted, “My favorite Greenmanism was the mission that Mark set as the Director of the Science Department: “When students complete our Science program we want them to say ‘Gee, Science is fun’.”  It takes exceptional intellectual confidence to declare that mission and stick by it.  Because Mark made the statement, the issue of “Rigor” is taken for granted.  Only a very confident and flexible teacher who lives by constant reinvention in the classroom could declare such a mission and make it happen.”

About AAPT
AAPT is an international organization for physics educators, physicists, and industrial scientists—with members in more than 70 countries worldwide. Dedicated to enhancing the understanding and appreciation of physics through teaching, AAPT provides awards, publications, and programs that encourage practical application of physics principles, support continuing professional development, and reward excellence in physics education. AAPT was founded in 1930 and is headquartered in the American Center for Physics in College Park, Maryland.
For more information: Contact Marilyn Gardner, Director of Communications, mgardner@aapt.org, (301)209-3306, (301)209-0845 (Fax), www.aapt.org.