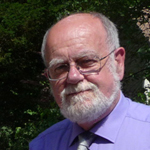 College Park, Maryland, United States, March 23, 2017—The American Association of Physics Teachers (AAPT) announced today that John C. Brown, University of Glasgow Scotland, School of Physics and Astronomy, is the 2017 recipient of the Klopsteg Memorial Lecture Award. The lecture and award will be presented during the AAPT Summer Meeting in Cincinnati, Ohio.

This award recognizes educators who have made notable and creative contributions to the teaching of physics. Brown's successful career as a solar physicist has been marked by his success at communicating science. This ability to communicate has been recognized by the Queen of the UK appointing him in 1995 as 10th Astronomer Royal for Scotland and in 2016 as an OBE (Officer of the Most Excellent Order of the British Empire) "for services to the promotion of astronomy and science education."

Brown is unquestionably one the leading astrophysicists in the United Kingdom. He has greatly enhanced progress in the important field of high energy radiation associated with solar activity, so improving our understanding of the physics of our nearest star and of the Sun-Earth system with the sometimes dramatic effects the Sun can have on our home planet. He has also worked in many other areas of astrophysics including hot star mass loss, comet collisions with the sun and stars, solar-sailed spacecraft, and ill-posed data deconvolution problems. In all of these Brown is recognized worldwide for his pioneering contributions to science, for his deep insight into the underlying physics, and for his determination to uncover truth rather than 'taking sides' on issues. Through his willingness, when demanded by the facts, to take a stance that is sometimes contrary to the popular wisdom, he has consistently striven to provide a thorough and clear exposition of the essential science and its importance. These qualities earned him Glasgow University's Kelvin Prize and Medal in 1984 and the Royal Astronomical Society's (Geophysics) Gold Medal (their highest honour) in 2012.

In addition to his formal university teaching and research activities, Brown has made a lasting contribution to the quality of life in our society through his perennial and unwavering zeal for community outreach activities. These range from talks and planetarium shows to diverse audiences to enhancement of talks by use of his magician skills and collaborations with poets, playwrights, musicians and artists, and even a space day twinning the Highland village of Glenelg with its Martian partner. Through these voluntary activities, which he has conducted for decades, he has had a profound impact on thousands of people, both young and old. Through his roles as an ambassador for astronomy and for science in general, Brown has greatly increased public awareness of the nature of scientific investigation and of the role of science in contemporary society.