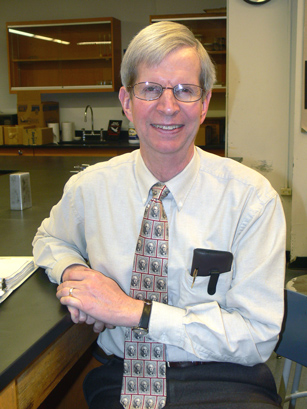 College Park, MD—John Louis Roeder will be recognized for his outstanding service to AAPT and the physics education community with the association’s Distinguished Service Citation during the 2011 Summer Meeting in Omaha, Nebraska. A Science Teacher at The Calhoun School in New York City since 1973, Roeder earned his A.B. in Physics at Washington University and his M.A. and Ph.D. in Physics at Princeton University.

Regarding his selection for this recognition, Roeder said, "I feel overwhelmed, because I didn't think I had done enough for AAPT yet."

A member of AAPT since 1970, Roeder has served as a Physics Teaching Resource Agent (PTRA) since 1985. He was elected to the AAPT Executive Board in 2005 as the At Large High School Representative. His contributions have benefitted many AAPT Committees over the years including Publications, History and Philosophy of Physics, Fredrick and Florence M. Bauder Endowment, Venture Fund Review, Lotze Scholarship, Physics in High Schools, Review Board, Audit, Awards, and Science Education for the Public. Additionally, Roeder has served as Secretary/Treasurer for The Physics Club of New York since 1986. Most recently he volunteered to serve as an AAPT eMentor.

Roeder was the 2003 recipient of the Excellence in Pre-College Teaching Award. His talk at the Summer Meeting, "Energy—A Basic Physics Concept and a Social Value," discussed how energy can be used as the underlying theme in a physics course.

He wrote the PTRA resource book, “Teaching About Energy.” Published in 2009 by AAPT, this manual facilitates the learning of physics students throughout the United States.

About the Distinguished Service Citation
Established in 1953, Distinguished Service Citations are presented to AAPT members in recognition of their exceptional contributions to AAPT at the national, sectional or local level. A few individuals may be recognized at each Summer and each Winter Meeting with an Award Certificate and a copy of the citation. Self-nomination is not appropriate for this award.