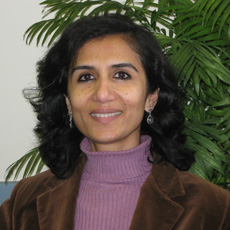 Singh earned her B.S. and M.S. in Physics at the Indian Institute of Technology, Kharagpur and her M.A. and Ph.D. in Physics  at the University of California, Santa Barbara.

A Life Member of AAPT, Singh has served as a member of the Committee on International Physics Education, Committee on Graduate Education in Physics, and the Programs Committee.  Her work in physics education research has produced high quality papers that have been published in journals such as the American Journal of Physics, Physics Today, and Physical Review. Singh co-edited three Physics Education Research Conference (PERC) proceedings and the May 2010 theme issue of American Journal of Physics focusing on the Gordon Conference on Experimental Research and Labs in Physics Education.

Singh’s pioneering research in the teaching and learning of quantum mechanics has played a significant role in advancing physics education research in advanced courses.  In addition to educational research in advanced courses, she has conducted research on cognitive issues in learning physics and improving student problem solving and reasoning skills. For a decade, she has conducted workshops at the national AAPT meetings on “What every physics teacher should know about cognitive research” and on “Strategies to help women succeed in physics related professions.”  She has conducted workshops at the national and regional AAPT meetings on “Quantum Interactive Learning Tutorials.” Singh has conducted workshops on teaching quantum mechanics during New Faculty workshops. She is also the co-organizer of the first conference on Graduate Education in Physics.