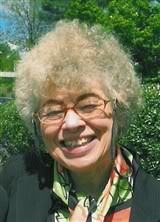 Chesick earned her B.A. in physics at Wellesley College and her M.S. in physics at Tufts University, specializing in high energy and particle physics, before taking a position as Physics and Geometry Teacher at Day Prospect Hill School in New Haven, CT.  In 1963 she moved to The Baldwin School in Bryn Mawr where she taught Physics and Physical Science and ended her professional career as Chair of the Science Department.  During this time Chesick spent nine years teaching physic in the ninth grade with great success.  Her expertise as a teacher has been recognized with the Presidential Award for Excellence in Science and Math Teaching for Pennsylvania (1988) and the Rosamond Cross Chair for Excellence in Teaching (The Baldwin School, 1997).

Chezick has served as a Physics Teacher Resource Agent (PTRA) at the inception of the program, mentoring and leading her colleagues.  In 2008 she was elected as the AAPT At Large High School Representative on the AAPT Executive Board, serving until 2011.