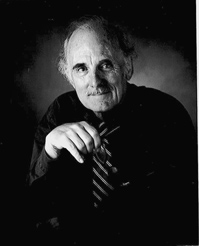 College Park, Maryland, United States, September 17, 2010—From its beginning in California Public Schools through the illustrious conclusion with AAAS, the career of F. James Rutherford, spanning half a century, has had an outstanding, widespread, and lasting impact on the teaching of physics. The Oersted Medal, presented by the American Association of Physics Teachers (AAPT) recognizes these lifetime achievements by naming Rutherford as the 2011 recipient of the Medal.

The Oersted Medal will be presented to Dr. Rutherford at a Ceremonial Session of the AAPT Winter Meeting at the Hyatt Regency Jacksonville Riverfront Hotel in Jacksonville, Florida, on Tuesday, January 11, 2011. Following the presentation, Dr. Rutherford will deliver a keynote address titled, "The Particle Enigma, High School Physics, and the Search for Science Literacy."

"James Rutherford's career exemplifies the outstanding, widespread, and lasting impact on the teaching of physics for which the Oersted Medal was created. It is an honor to recognize his legacy," stated Warren Hein, AAPT’s Executive Officer.

Rutherford was educated in the California public schools and earned degrees from the University of California, Berkeley, Stanford University, and Harvard University. In the last six months of WWII he served as a radar officer on an aircraft carrier in the Pacific. His MA thesis at Stanford, just four years after Hiroshima, was on the status of the teaching of atomic energy in California high schools.

In 1949, he began his career in science education as a teacher of general science, algebra, chemistry, and physics in a high school in which the students were mostly children of first-generation Greek and Italian immigrants. In 1951, he was recruited to participate in the creation of another district’s first post-WWII high school. He served as chair of the curriculum committee, consulted with the architects in the design of the science facilities, and created and taught non-traditional chemistry and physics courses. In developing the school, he drew heavily on Gerald Holton’s groundbreaking undergraduate textbook, Introduction to Concepts and Theories in Physical Science, leading to collaboration with Holton.

Rutherford became assistant professor of education at Harvard in 1964, joining Holton and Fletcher G. Watson as co-directors of the Harvard Project Physics. Over the course of the project, he served as its executive director, senior author and editor, and is currently curator of the Project Physics Collection (www.archive.org/details/projectphysicscollection).

The American Association of Physics Teachers recognized Rutherford with a Distinguished Service Citation in 1971 for his rich record of achievement on the Panel on the Preparation of Physics Teachers of the Commission on College Physics (CCP), as a member of the joint committee of CCP and AAPT, for his work as chairman of the NSTA Commission on Professional Standards and Practices, for his service to USESCO, and for his contributions as a member of the faculty of the Harvard Graduate School of Education.

From 1971 to 1977, Rutherford was professor of science education and head of science and mathematics education at New York University. He also initiated and directed Project City Science, a federally funded effort engaging graduate students (education and science) in cooperating with junior high science teachers to improve instruction.

In 1977, Rutherford was appointed assistant director of the National Science Foundation responsible for all science, mathematics, and engineering education programs, preschool through postdoctoral. When the U.S. Department of Education was established as a cabinet level agency in 1981, he was appointed assistant secretary with responsibilities for the Office of Education for Research and Improvement, the National Institute of Education, the National Center for Educational Statistics, the Fund for the Improvement of Post-Secondary Education, and the federal programs supporting libraries and the development of educational technologies.

Rutherford concluded his professional career as chief education officer of the American Association for the Advancement of Science (AAAS) in Washington, D.C. At AAAS, he started a variety of projects reasserting the organization’s leadership role in nationwide science education reform. The most important of these was Project 2061, begun in 1984 as a long-term, comprehensive effort of the scientific community to foster nationwide reform in science, mathematics, and technology education. As director during its first decade, he was responsible for a series of landmark publications—"intellectual reform tools"—the most influential being Science for All Americans, Benchmarks for Science Literacy, and Atlas of Science Literacy. The last of his Project 2061 books, written in 2001 with the late Andrew Ahlgren, was Designs for Science Literacy.

In retirement, Rutherford, currently a visiting scholar at UC Berkeley, created the website Science Education Encore, produced environmental teaching modules for middle and high school science courses, including Radioactive Waste, and co-authored Understanding Physics, an undergraduate textbook, with David Cassidy and Gerald Holton, and has continued to serve on national committees. He has summarized his views on reform in "The 2005 Brandwein Lecture: Is Our Past Our Future? Thoughts on the Next 50 Years of Science Education Reform in the Light of Judgments on the Past 50 Years," Journal of Science Education and Technology.

Alex Dickison, Awards Committee Chair and Past President, noted, "It will be an honor to give this award to Jim Rutherford. He is a giant in the field of physics education. His work has been significant and will impact physics education for years to come."

Regarding the award, Rutherford stated, "When I first taught high school physics in 1949, I could not have imagined that one day I would be so honored for my contributions to physics education in the years to follow. Nevertheless, my high school teaching years provided a perspective that guided my work in the university, government, and scientific association years that followed. While I achieved less than I would have liked, I am deeply honored that my peers believe I accomplished enough to be worthy of the prestigious Oersted Medal."

About AAPT
AAPT is the premier national organization and authority on physics and physical science education—with more than 10,000 members worldwide. Our mission is to advance the greater good through physics teaching. We provide our members with many opportunities for professional development, communication, and student enrichment. We serve the larger community through a variety of programs and publications. AAPT was founded in 1930 and is headquartered in the American Center for Physics in College Park, Maryland.