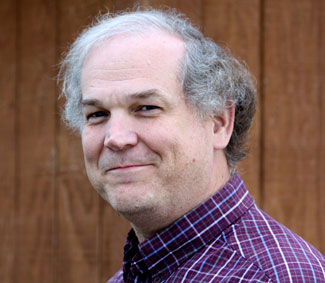 AAPT Activities
Chair of the Committee on Science Education for the Public
Presenter of workshops, contributed talks, posters, and invited talks at AAPT Summer and Winter Meetings
Organized and presided at multiple sessions

Commentary
While I was a graduate student, I taught as an adjunct Math instructor at Austin Community College and discovered that teaching at the community college was where my passion lay.  I have spent my career as a community college instructor having taught Physics as well as Math and Astronomy.  As a community college instructor, I have become very aware of how important AAPT is to the community of Two-year College (TYC) Physics instructors.  About 25% of TYC Physics instructors are members of AAPT and AAPT's Committee on Physics in Two-year Colleges is a vital group, with strong attendance at national meetings and great creativity.  Conversely, the TYC community is vital to the mission of AAPT.  The last, and only, comprehensive survey of Physics in TYCs - carried out over a decade ago - revealed that about 1/3 of students taking introductory physics at the post-secondary level took it at a TYC.  This fraction has certainly grown in the intervening years and an upcoming survey will update the datum.  To fully serve the needs of students in introductory post-secondary physics courses, AAPT needs to address the needs of TYC faculty.  A significant role of the two-year representative to the AAPT Board is to help make the Board aware of those needs, particularly as defined by the Committee on Physics in Two-year Colleges, and to facilitate AAPT addressing those needs.

Another area of interest to me is the development of both in-service and pre-service teachers.  I believe that AAPT should continue to play a central role in physics teacher development not only through participation in efforts such as PTEC, but also through the content at national meetings.  The workshops at national meetings are a vital component of the meetings and present the members a rich opportunity to get new ideas and gain expertise about teaching.  AAPT has not been immune to the difficult financial times in which we live, and is seeking ways to cut costs.  One consideration is the reduction of workshops at national meetings, particularly since workshop attendance has been lower recently.  As AAPT deliberates this and other measures, I would like to assist in a data drive effort, which takes into account the contribution of workshop to AAPT meetings and how they are a significant part of what makes an AAPT meeting unique.