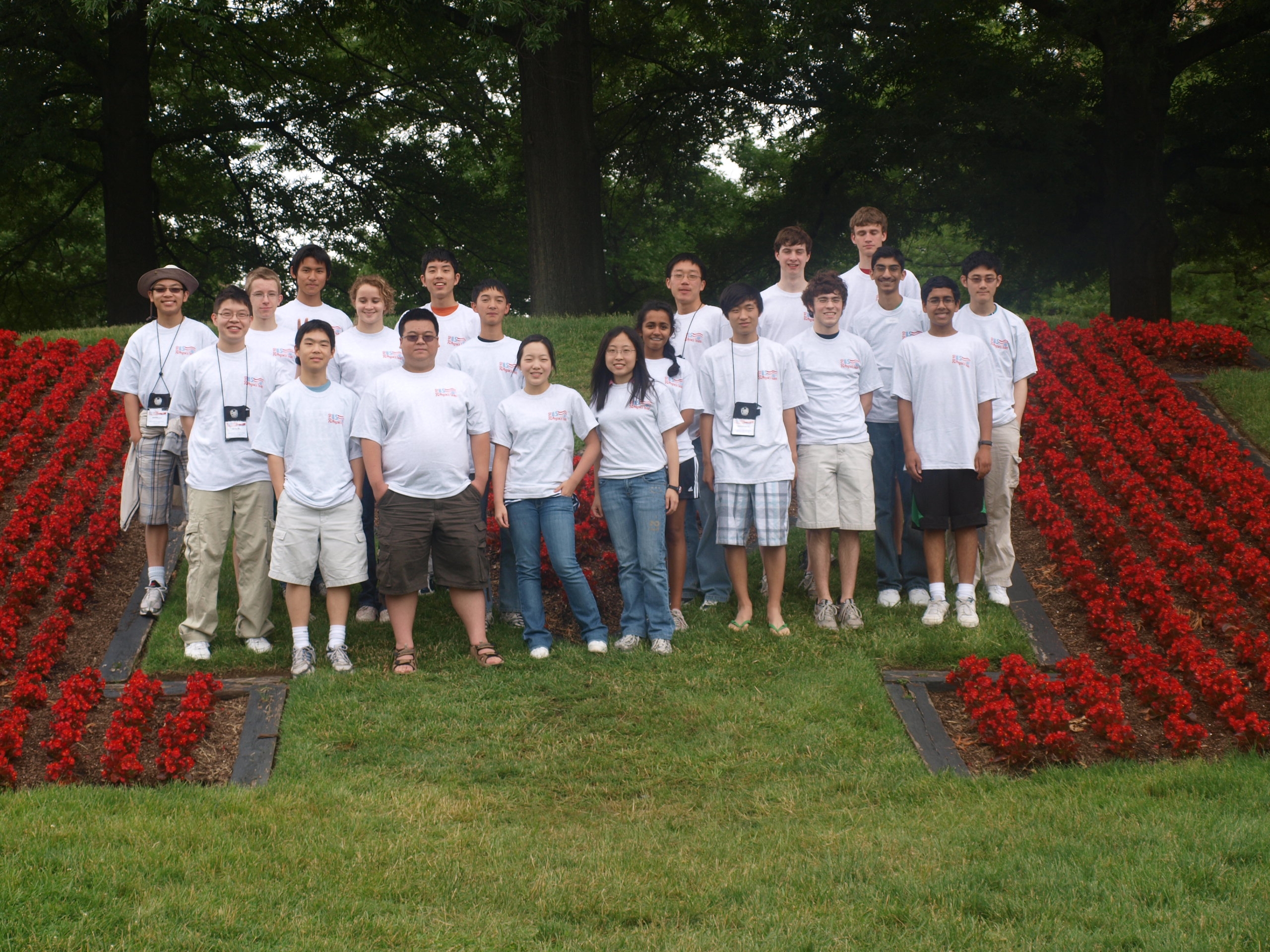 College Park, MD, May 24, 2010—They came from Iowa and Ohio, Oregon and Massachusetts. Five came from California, two from New Jersey, and one from Connecticut. Students from the Northeast, the Mid-Atlantic, the Midwest, the Southwest, and the Pacific coast are beginning ten days of rigorous academic training, interactive learning, and friendship building as they prepare to test themselves on the world stage.

They are the top twenty high school physics students in the United States, selected through an examination process that included such upper level skills as the Lagrangian Formula of Mechanics, Differential Calculus for Electricity and Magnetism, and Complex Variables, skills usually learned at the end of the undergraduate experience.

In addition to learning a year of physics in two weeks, the team members will visit their congressional representatives on Capitol Hill, tour the National Air and Space Museum, and visit the Albert Einstein statue at the National Academy of Science. At the end of the camp, they will be tested again and five of the team members will be selected to travel to Zagreb, Croatia, representing the United States in the International Physics Olympiad, July 17 – 25, 2010.

About AAPT
AAPT is an international organization for physics educators, physicists, and industrial scientists—with more than 10,000 members worldwide. Dedicated to enhancing the understanding and appreciation of physics through teaching, AAPT provides organizational and sponsorship support to the U.S. Physics Team in partnership with the American Institute for Physics and its member societies(http://www.aip.org/aip/societies.html).