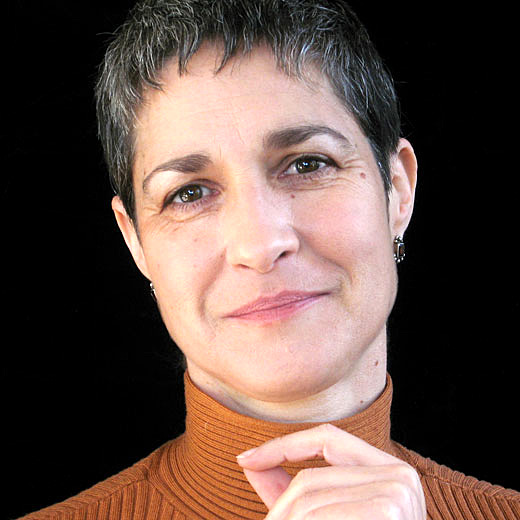 College Park, Maryland, United States, March 29, 2016—The American Association of Physics Teachers (AAPT) announced today that Margaret Wertheim founder of the Institute For Figuring, is the 2016 recipient of the Klopsteg Memorial Lecture Award. This award recognizes educators who have made notable and creative contributions to the teaching of physics. The lecture and award will be presented during the AAPT Summer Meeting in Sacramento, CA.

Margaret Wertheim is an internationally noted science writer and exhibition curator whose work focuses on relations between science and the wider cultural landscape. She is the author of six books including The Pearly Gates of Cyberspace, a groundbreaking exploration of the history of Western concepts of space from Dante to the Internet, and Pythagoras’s Trousers a cultural history of physics that also explored the place of women in this field. As a journalist, Wertheim has written for the New York Times, Los Angeles Times, The Guardian, Washington Post, Cabinet magazine and many other publications.

Wertheim is the founder and director of the Institute For Figuring, a Los Angeles-based organization devoted to creative public engagement with science and mathematics. (www.theiff.org) Through the IFF, she has designed exhibitions for galleries and museums around the world, including the Hayward Gallery in London, Science Gallery in Dublin, and the Smithsonian’s National Museum of Natural History in Washington D.C. At the core of the IFF’s work is the concept of material play, and a belief that abstract ideas can often be embodied in physical practices. By inviting audiences to play with ideas, the IFF offers a radical approach to math and science engagement that is at once intellectually rigorous and aesthetically aware.

Throughout her career, Wertheim has been a pioneer in communicating math and science to women. Her "Crochet Coral Reef" project – spearheaded with her twin sister Christine – is now the world’s largest participatory science-and-art endeavor, and has been shown at the Andy Warhol Museum (Pittsburgh), Chicago Cultural Center, New York University Abu Dhabi (UAE), and elsewhere. More than 8000 women in a dozen countries have participated in the project, and its exhibitions have been seen by two million visitors. Using an unlikely conjunction of geometry and handicraft, the Crochet Coral Reef project offers a window onto the presence of math in nature while simultaneously addressing the issue of environmental degradation due to climate change. Wertheim’s TED talk on the topic has been viewed more than a million times, and translated into 21 languages, including Arabic and Korean.

In 2012 Wertheim served as USC’s inaugural Discovery Fellow, and in 2015 she was a Vice Chancellor’s Fellow at the University of Melbourne. She has spoken at over 100 universities and colleges, and has worked on all seven continents.

About AAPT
AAPT is an international organization for physics educators, physicists, and industrial scientists—with members worldwide. Dedicated to enhancing the understanding and appreciation of physics through teaching, AAPT provides awards, publications, and programs that encourage teaching practical application of physics principles, support continuing professional development, and reward excellence in physics education. AAPT was founded in 1930 and is headquartered in the American Center for Physics in College Park, Maryland. For more information: Contact David Wolfe, Director of Communications, dwolfe@aapt.org, (301)209-3322, (301)209-0845 (Fax)