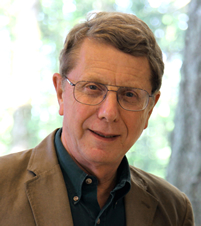 Kenneth S. Krane to be Recognized as a 2017 Recipient of the Homer L. Dodge Citation for Distinguished Service to AAPT

Krane has served AAPT for many years and in many ways. He has been a member of the American Journal of Physics (AJP) Editorial Board as well as an AJP Associate Editor, a member of the Committee on Physics in Graduate Education (1994-1997), a member of the Nominating Committee (2006), and a Principal Investigator, Director, and founder of the AAPT New Faculty Workshop from 1995-2006. He is also the 2004 recipient of the Robert A. Millikan Medal, a 2014 AAPT Fellow, and a co-leader of the Strategic Programs for Innovations in Undergraduate Physics (SPIN-UP) project, providing guidelines and recommendations to physics departments that led to more than doubling of the number of bachelor’s degrees awarded in physics over the past 15 years.

Krane has been awarded numerous research grants and contacts from sources that include, the Cottrell Research Grant, the U.K. Science Research Council, the Alfred P. Sloan Foundation, the U.S. Department of Education, the Department of Energy, the M.J. Murdock Charitable Trust, and the National Science Foundation.

As one of Krane's colleague remarked in testament to his work, "Ken Krane is the epitome of a dedicated AAPT member: a highly regarded physics text book author, and an outstanding nuclear physics experimentalist."