2019 Homer L. Dodge Citation for Distinguished Service to AAPT to be Awarded to Laura E. McCullough 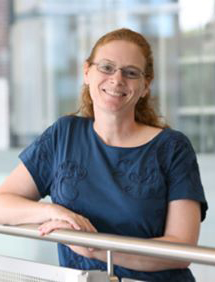 McCullough’s contributions to AAPT and to the physics community have been significant, especially in breaking down barriers for female students and women physicists around the world. She has served AAPT in a variety of leadership positions including as a member of several Area Committees and serving on other important committees. Area Committees play a major role in the governance of AAPT. A member since 1996, she has worked on the Committee on Research in Physics Education and the Committee on Professional Concerns, serving as Vice Chair and Chair. In addition, she served on the Nominating Committee, Physics Education Research Leadership Organizing Council as Treasurer, Meetings Committee, Programs Committee, and the Books Committee.

McCullough’s contributions to the physics community go beyond serving as a volunteer for AAPT. Blending her service and her scholarship, she has presented at conferences and published extensively on issues of gender in the classroom, particularly in physics. Women are underrepresented in physics from high school through senior faculty in physics departments in higher education. Physics educators need to understand how to attract and retain women students from high school through graduate education. Her work in physics education research (PER) sheds light on how the classroom can be more inclusive particularly to female students. It blends physics with the social sciences.

Another major project that McCullough has spearheaded is the development of a physics gender bias website (https://genderbias.compadre.org). This project originated during the development of a National Science Foundation (NSF) proposal to support the U.S. delegation to the 2017 IUPAP International Conference on Women in Physics with the hope of extending the project well past the delegation attending the conference in July 2017. The website includes a Physics Forum which is a space where women as well as gender and sexual minorities can share experiences of gender and sexuality bias in physics.

She was a member of the US delegation to the 2017 IUPAP International Conference on Women and Physics, and will be a team leader for the US delegation in 2020, she serves on the American Physical Society’s Committee on the Status of Women in Physics (2016-2019), and had her book Women and Physics (2016) published by Morgan & Claypool Publishers, IOP Concise Physics Series.