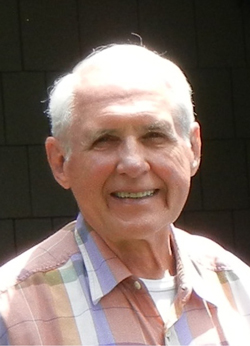 Albert R. Thompson to be Honored with 2015 Homer L. Dodge Citation for Distinguished Service to AAPT

He earned his B.A. in Physics with a minor in Education at The Colorado College. His M.A in Secondary School Administration was earned at the University of Colorado at Boulder and his Ed.D in K-12 School Administration at the University of Northern Colorado. He began PTRA training in 1992 and continued in the program through 2010. He retired as a Physics, Physical Science, Astronomy, and Global Science teacher at Ponderosa High School in Parker, Colorado.

Thompson, an emeritus member, first joined AAPT during 1961-68 when AAPT recognized him for "An Outstanding Program in Physics" at Cherry Creek High School in Englewood, Colorado then rejoined in 1984 after returning to teaching physics. He has been actively involved in the Colorado-Wyoming Section and is the founding Coordinator of the AAPT eMentor Program.

Thompson came to the AAPT Executive Officer, Warren Hein, in the summer of 2008 with the idea of AAPT starting an electronic mentoring service for new physics teachers and consented to be the first director of AAPT's e-Mentor project. He did an excellent job of working with AAPT staff to design the e-Mentor website and there have been a number of tweaks made over the last 4 years, as the program ran into various issues arranging contacts between potential mentees and mentors. For more than four years he has donated countless volunteer hours matching mentors with mentees, suggesting changes to the website, working with the advisory committee, etc. Because of his long time service as a PTRA, he was extremely qualified to take on this project. About a year ago he expressed a desire to move onto other activities. He has been extremely patient as the Executive Office searched for a new eMentor Coordinator and has worked to ensure a smooth transition and sustainability of this program.

Regarding his selection to receive this award, he said, "It is a great honor to be recognized by AAPT with this Citation. My participation in PTRA and implementation of the eMentor program both supported by AAPT, are two of the high points in my career as a public school educator."