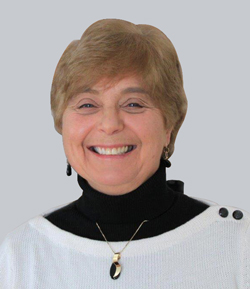 Plumb, Professor of Physics (Retired) at Jamestown Community College, Jamestown, NY has served as a member of Steering Committee and Co-chair of a national meeting for the Two Year Colleges in the 21st Century Project;PI and co-PI on several NSF Grants;instituted an ongoing outreach program to bring hands on science activities to a local elementary school;served as reviewer of grants for NSF;participated in PEPTYC program at Texas A&M;and hosted TYC workshops. She served on the Statistical Research Committee of the American Institute of Physics (2011-2015) and currently serves on the Executive Board of the Dresser Rand Challenger Center, a member of the National Challenger Center Association. She was recognized with the Outstanding Physics Graduate Student Award (1990);Outstanding Educator Award (2000);Presidents Award for Excellence in Teaching (2003);and New York State Chancellor's Award for Excellence (2004).

She earned her B.S. and M.S. in Physics at St. Bonaventure University in New York, her M.A.T. in Mathematics at the University of Notre Dame and her Ph.D. in Science Education at State University of New York at Buffalo.

Regarding her selection to receive this award, she said, "My AAPT colleagues have been and continue to be my physics family. The AAPT is synonymous with excellence in physics education. I am grateful to my colleagues for considering me worthy of this honor. I would like to thank each of them. I would especially like to thank Tom O'Kuma who not only introduced me to AAPT so very many years ago, but who also nominated me for this honor."