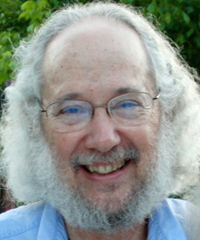 FOR IMMEDIATE RELEASE
College Park, MD, September 15, 2012—Edward Frederick (Joe) Redish has been named the 2013 recipient of the prestigious Oersted Medal, presented by the American Association of Physics Teachers (AAPT).

The Oersted Medal will be presented to Dr. Redish at a Ceremonial Session of the AAPT Winter Meeting in New Orleans, January 7, 2013. Following the presentation, Redish will deliver an address titled, "The Implications of a Theoretical Framework for PER."

In the 1980s he collaborated with AAPT Executive Officer, Jack Wilson, and other physics colleagues on early projects using computers in education.  The first was the Maryland University Project in physics and Educational Technology (M.U.P.P.E.T.), a project created soon after the appearance of personal computers to demonstrate the value of including this new tool in instruction for physics majors. M.U.P.P.E.T. was a major influence on the CUPS project, in a large national team developed software for upper division physics majors. CUPS influenced both the PhysLets project and the vPython environment.

Following the release of the Windows operating system, he and Wilson developed the Comprehensive Universal Physics Learning Environment (CUPLE) to demonstrate the possibility of using multi-media in a modular way in physics instruction.

He has been particularly interested in the development of theoretical models of cognition relevant to education. This has led to development (with Bao) of a new analytical method for combining qualitative and quantitative assessment techniques, and to development (with Saul and Steinberg) of a survey instrument for probing student expectations in physics class (the Maryland Physics Expectations Survey – MPEX). The MPEX has been translated into more than a dozen languages and delivered to more than 10,000 students in the U.S. With Tuminaro and Bing he has developed cognitive models for analyzing student epistemological choices in problem solving at the introductory and advanced levels.

Redish has been co-organizer for three major conferences bringing the topic of education to the university physics community: the Conference on Computers in Physics Instruction (Raleigh, 1988), the International Conference on Undergraduate Physics Education (College Park, 1996), and the first Enrico Fermi Summer School on Physics Education Research (Varenna, Italy, 2003). All three have major published proceedings.

With a strong team of collaborators led by Priscilla Laws, he pioneered a new approach to university physics instruction, The Physics Suite, a synergistic combination of research-based active learning materials and a rewrite of a popular text to blend it with other activities and to modify it to respond to what has been learned from physics education research. He has also created online problems collections for introductory (Thinking Problems in Physics) and advanced physics (Thinking Problems in Mathematical Physics). Redish was also lead developer on an HHMI project to develop a new physics course for biology majors and pre-medical students (Project NEXUS).

He is a fellow of the American Physical Society, the AAAS, and the Washington Academy of Science and has received awards for his work in education from the Washington Academy of Science, the Maryland Association for Higher Education, Dickinson College, Vanderbilt University, the Robert A. Millikan Medal from the AAPT, a 2005 NSF Director's Award as a Distinguished Teaching Scholar, the Medal of the International Commission on Physics Education, and most recently, the 2012 ICPE Medal at the World Conference on Physics Education

"Dr. Redish's career exemplifies the outstanding, widespread, and lasting impact on the teaching of physics for which the Oersted Medal was created. We are honored to recognize his contributions to AAPT and to physics education research," stated Beth Cunningham, AAPT’s Executive Officer.

About AAPT
AAPT is the premier national organization and authority on physics and physical science education—with members worldwide. Our mission is to advance the greater good through physics teaching. We provide our members with many opportunities for professional development, communication, and student enrichment. We serve the larger community through a variety of programs and publications. AAPT was founded in 1930 and is headquartered in the American Center for Physics in College Park, Maryland.
For more information contact Marilyn Gardner, Director of Communications, mgardner@aapt.org, (301) 209-3306, (301) 209-0845 (Fax), www.aapt.org.