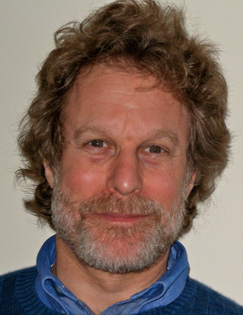 Philip Sadler Named as Recipient of the 2012 Robert A. Millikan Medal

College Park, Maryland, United States, April 2, 2012—The American Association of Physics Teachers (AAPT) announced today that Philip M. Sadler is the 2012 recipient of the Robert A. Millikan Medal. This award recognizes educators who have made notable and creative contributions to the teaching of physics. The Medal will be presented during the AAPT Summer Meeting in Philadelphia, Pennsylvania.

Sadler has made substantial contributions to the teaching of physics over several decades.  His work on student conceptions led to the production of the award winning documentary series, “A Private Universe" and “Minds Of Our Own,” with colleague Matthew Schneps, videos that continue to influence classroom practice. This work has also furthered scholarly knowledge on students’ understanding of physical science and astronomy.

Sadler earned a B.S. in Physics from MIT in 1973 and taught middle school science and mathematics for several years before earning a doctorate in education from Harvard in 1992. He attributes his capacity to contribute to studying with physics luminaries from these two institutions: Jerrold Zacharias, Fletcher Watson, Gerald Holton, Irwin Shapiro, and Judah Schwartz. Sadler has taught Harvard's courses for new science teachers and for the next generation of professors, doctoral students in science. As F.W. Wright Senior Lecturer in Astronomy, he teaches Harvard's oldest undergraduate course in science, Celestial Navigation.

He directs one of the largest research groups in science education in the U.S., based at the Harvard-Smithsonian Center for Astrophysics. In 1999, Dr. Sadler won the Journal of Research in Science Teaching Award for work on assessing student understanding in science. His research interests include assessment of students' scientific misconceptions and how they change as a result of instruction, the development of computer technologies that allow youngsters to engage in research, and models for enhancement of the skills of experienced teachers.

Sadler’s and Robert Tai’s (University of Virginia) landmark study on college physics success (Sci Ed 85:111-135, 2001) provided the first hard evidence that the way high school physics is taught makes a difference when students study physics in college. Over the past 30-plus years Phil has been a prolific contributor to both research and development related to physics and astronomy education.  His contributions include the study of the high school coursework and out-of-school-time activities on STEM persistence, the impact of teacher professional development, affective experiences of male and female physics students (with Zahra Hazari of Clemson University), and how teachers’ pedagogical decisions can make or break instruction. He has led the development of curricula for pre-college astronomy and engineering, the MicroObservatory network of remote telescopes for student use, and assessment instruments that measure student misconceptions.

He won the Astronomical Society of the Pacific's Brennan Prize for contributions to astronomy teaching in 2002. The American Astronomical Society awarded him their Education Prize for 2010. His invention, the Starlab Portable Planetarium, has enabled many schools to provide active learning experiences for students who are studying astronomy.  Before this device was available only those school or colleges that were located near an existing planetarium could offer such experiences, and then they were limited by the expense of travel to the facility.  Materials and curricula developed by  Sadler are used by an estimated twelve million students every year.

Dean Zollman of Kansas State University noted, “His research touches on areas that are extremely important to our discipline.  In particular, his efforts to look at the effect of the high school science and mathematics experiences on success (or the lack of it) in university science courses had challenged some conventional thought and should be important to all of us who teach at either the high school or university level.  Likewise, his several studies on gender-related issues provide important food for thought in a discipline where the fraction of females choosing physics has changed little in spite of our best attempts. Today, Phil Sadler continues to conduct valuable research in physics and astronomy education. At the same time he and his colleagues are still preparing new tools for the astronomy and physics classroom.  All of these efforts have had and continue to have a significant impact on the quality of teaching and learning in our field.”

About the Award
The Robert A Millikan Medal, established in 1962, recognizes teachers who have made notable and creative contributions to the teaching of physics. The recipient is asked to make a presentation at the Ceremonial Session of an AAPT Summer Meeting. A monetary award, The Millikan Medal, an Award Certificate, and travel expenses to the meeting are presented to the recipient.