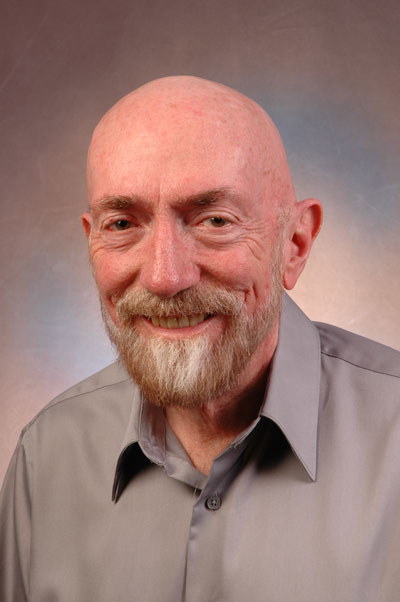 This prestigious award will be presented to Thorne at a Ceremonial Session of the 2012 AAPT Winter Meeting at the Ontario Convention Center in Ontario, CA.

In accepting the award, Thorne noted, “Given the high value that I personally place on mentoring and pedagogy, I am extremely pleased to be honored by the John David Jackson Award. My pleasure in this award is significantly increased by its being associated with David Jackson, for whom I have great admiration.”

In June 2009 Thorne resigned his Feyman Professorship (becoming the Feynman Professor of Theoretical Physics, Emeritus) in order to ramp up a new career in writing, movies, and continued scientific research. His research has focused on gravitation physics and astrophysics, with emphasis on relativistic stars, black holes and gravitational waves.

In the late 1960's and early 70's he laid the foundations for the theory of pulsations of relativistic stars and the gravitational waves they emit. During the 70's and 80's he developed mathematical formalisms by which astrophysicists analyze the generation of gravitational waves and worked closely with Vladimir Braginsky, Ronald Drever and Rainer Weiss on developing new technical ideas and plans for gravitational wave detection. He is widely recognized as one of several people who have had the greatest influence on the field of General Relativity over the past four decades.

Thorne is a co-founder (with Weiss and Drever) of the LIGO (Laser Interferometer Gravitational Wave Observatory) Project and his research group has provided theoretical support for LIGO, including identifying gravitational wave sources that LIGO should target, laying foundations for data analysis techniques by which their waves will be sought, designing the baffles to control scattered light in the LIGO beam tubes, and, in collaboration with Vladimir Braginsky's (Moscow Russia) research group, inventing quantum-nondemolition designs for advanced gravity-wave detectors.

With John A. Wheeler and Charles W. Misner, Thorne co-authored in 1973 the textbook Gravitation, from which most of the present generation of scientists have learned general relativity. He is also a co-author of Gravitation Theory and Gravitational Collapse (1965) and Black Holes: The Membrane Paradigm (1986), and the sole author of Black Holes and Time Warps: Einstein's Outrageous Legacy (1994).  He is currently putting the finishing touches on a new textbook, co-authored with Roger Blandford, covering all the areas of classical physics that PhD students are often not exposed to, but should be: statistical physics, optics, elasticity, fluid dynamics, plasma physics and general relativity.

Thorne has been mentor and thesis advisor for more than 50 Ph.D. physicists who have gone on to become world leaders in their chosen fields of research and teaching. A list of current leaders in relativity, gravitational waves, relativistic astrophysics, and even quantum information theory, would be heavily populated by former graduate students of Kip Thorne, together with other students who took his courses and were inspired and enabled by them. Student success is not always correlated with competence of mentors, but in Thorne's case, his students are unanimous in their appreciation of his attention to encouraging them, helping them, teaching them to present their work to best effect in written and oral forms, and teaching them to respect and make best use of collaborators and competitors. In 2004 his work was recognized with the Caltech Graduate Student Council Mentoring Award.

In their group letter of nomination his former students said, “Graduate physics education is under-appreciated and often neglected.  We hope that the new AAPT Jackson award, and its acknowledgment of great teachers and textbook writers, like Kip, will inspire others to follow in his footsteps.  We know of no one who has worked harder on his teaching and his textbooks, and with greater resulting effect, than our beloved teacher, Kip Thorne.”

About the Award
Named in honor of outstanding physicist and teacher, John David Jackson, this award recognizes physicists and physics educators who, like John David Jackson, have made outstanding contributions to curriculum development, mentorship, or classroom teaching in graduate physics education. This award recognizes that great teaching CAN be done and should be expected of great scientists at leading institutions, not only from people whose primary or entire focus is on teaching

About AAPT
AAPT is an international organization for physics educators, physicists, and industrial scientists—with more than 10,000 members worldwide. Dedicated to enhancing the understanding and appreciation of physics through teaching, AAPT provides awards, publications, and programs that encourage practical application of physics principles, support continuing professional development, and reward excellence in physics education. AAPT was founded in 1930 and is headquartered in the American Center for Physics in College Park, Maryland.
For more information: Contact Marilyn Gardner, Director of Communications, mgardner@aapt.org, (301)209-3306, (301)209-0845 (Fax), www.aapt.org