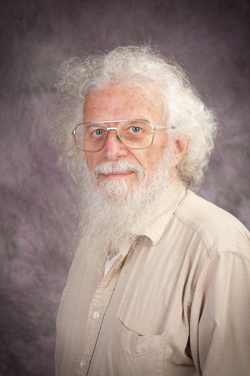 College Park, MD, September 30, 2013—Dean Zollman has been named as the 2014 recipient of the prestigious Oersted Medal, presented by the American Association of Physics Teachers (AAPT). The Medal will be presented at a Ceremonial Session of the 2014 AAPT Winter Meeting in Orlando, FL in recognition of his significant contributions to physics education research and mentoring of a generation of PER researchers.

Zollman earned his B.S. and M.S. in Physics from Indiana University, Bloomington. His Ph.D. in Theoretical Nuclear Physics was earned at the University of Maryland, College Park. He started his career as Assistant Professor at Kansas State University in 1970, becoming Associate Professor (1977), Professor (1982), Distinguished University Teaching Scholar (1997), University Distinguished Professor (2001), and Head of the Department of Physics and William and Joan Porter Professor from 2001 to 2011.

A review of Zollman’s CV reveals that he has achieved many of the milestones considered indicative of an intellectual giant in the physics education field – rising up the academic ladder to spend over 30 years as a full professor, authoring an extensive record of research publications with dozens of co-authors, securing an impressive record of consistent extramural funding for over three decades, and mentoring a long list of students and postdocs who have gone on to establish themselves in the field.

His contributions to physics are threefold – a dedicated pursuit to the application of advanced technologies to bring the beauty of physics to all learners, an unwavering commitment to mentoring his protégés long after they leave school to find their own way in the world, and continuing physics education research and the impact of that research on the teaching and learning of physics.

He served as AAPT Staff Physicist from 1975-1977 and was instrumental in the development of the AAPT workshop program that has become an important feature of the Association’s Summer and Winter meetings. In 1981-82 Zollman was Visiting Associate Professor and NSF Faculty Fellow at the University of Utah. He has been a guest professor in Germany at Ludwig Maximilians University in Munich in 1989 and 2006 and at the Institute for Science Education (IPN) in Kiel in 1998 and 2007.  During the 1989 and 1998 visits he was a Fulbright Research Fellow.

Zollman was recognized for his service to AAPT with a 1986 Distinguished Service Citation for his implementation of the workshop as an interface between knowledge and execution. He has directed workshops, served as a member of The Physics Teacher editorial board, served on the Computers in Physics Education Committee and on various task force groups.

Zollman has received numerous awards for his contributions to physics education including the National Professor of the Year for Research Universities sponsored by the Carnegie Foundation for the Advancement of Teaching and the National Science Foundation’s Director’s Award for Distinguished Teaching Scholars.

In 1995 AAPT recognized him as “a teacher who has made notable and creative contributions to the teaching of physics” and awarded him the Robert A. Millikan Medal

His work developing educational software has been recognized by the American Institute for Physics with awards for Outstanding Educational Software for Spectroscopy Suite presented in 1997 and Energy Band Creator, presented in 1998

Zollman has also been active in international education as it related to physics. He has conducted collaborative research with physics educators in Europe and Asia and has hosted many international visitors at Kansas State.  He served three terms as the US representative on the International Commission for Physics Education, two of them as Secretary.

“Dean has touched the lives of a very large number of students by profoundly influencing the way physics is taught in the classroom. I personally have learned more about physics teaching and learning from Dean than I can express in words. I know of no other person who is more deserving of the AAPT Oersted Medal than Dean Zollman,” noted Dr Chandralekha Singh.

About AAPT
AAPT is the premier professional society established to advance the greater good through physics education. With the support of our members worldwide, AAPT is an action oriented organization designed to develop, improve, and promote best practices for physics education as part of the global need for qualified Science, Technology, Engineering, and Mathematics teachers who will inspire tomorrow's leaders and decision makers.  AAPT was founded in 1930 and is headquartered in the American Center for Physics in College Park, Maryland.