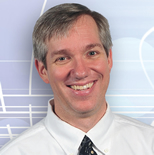 After taking my first physics class in high school, I knew I wanted to study physics and eventually teach physics. Both of my parents were teachers, so teaching seemed natural. In my senior year at Penn State in 1993, I planned to go to graduate school for physics, but my career goal was teaching. During that time I remember pouring through articles in The Physics Teacher and the American Journal of Physics. I wrote down each author's institution and wrote letters requesting information from dozens of graduate schools. After reaching out to those graduate schools, I landed at North Carolina State University (NCSU). At that time, I had no idea that I would become Bob Beichner’s second Ph.D. student in Physics Education Research (PER).

Since my earliest days as a graduate student, AAPT played an essential role in my career. At the 1996 AAPT Summer Meeting, I presented a web-based homework system called PhysWeb. After the presentation, I met Larry Martin who created WWWAssign, and in 1997 we joined forces at NCSU to create WebAssign. Interestingly, my most influential role models are all AAPT members including Bob Beichner, Larry Martin, John Risley, John Hubisz, Wolfgang Christian, Ruth Chabay, and Bruce Sherwood. My favorite tools in teaching physics are video analysis and VPython, which I learned at AAPT workshops lead by Bob Teese and Priscilla Laws and Ruth Chabay and Bruce Sherwood, respectively. Likewise, I use standards-based grading (SBG) because of presentations at AAPT meetings by Frank Noschese, Josh Gates, and Andy Rundquist.

Every inspiring development in my professional career has occurred because of people I met through AAPT. Now, I seek to give just as much as I received. I've served AAPT as Chair of the Committee on Physics in Undergraduate Education and Four Year College Representative on the Board of Directors. Furthermore, at nearly every AAPT Winter Meeting, I bring physics majors to present in the Society of Physics Students' (SPS) sessions. The best part of AAPT is the collaborative community. It has shaped my life both personally and professionally.