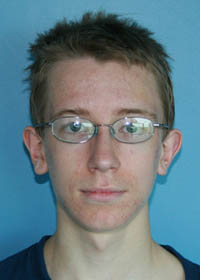 From one who does well in a physics olympiad, the expectation is to say "physics is my life." I decline to make the simplification. Physics is my first love in life, and running is how I live. I live for physics, and I run for life; it is the reason I am able to pursue physics as vigorously as I have. Running has allowed me to be clever, pragmatic and ambitious.

The first benefit of my running is more or less physical. I need to run, literally. I've found that my peace of mind depends on it. Because I run, I get every benefit to blood circulation, stress acclimation and focus that runners tend to acquire. This helps me to stay clever under pressure, or simply to make the leaps of generalization required to understand nature. Studies have shown that exercise improves concentration; The advantage in focus goes further, since in workouts I train my mind specifically for concentration, knowing that self-talk is a weakness of mine. I wouldn't give up this clarity of mind for all the world.

A distance runner has to run quite a bit. This cross country season I hope to manage about 90 miles a week of running. However, as a high school athlete, I do stupid things that interfere from time to time with that lofty goal; injuries happen. In such a case, the worst possible thing to do is to try to power through it. I quickly learned after a disastrous freshman cross country season to be pragmatic enough to do what I can and not to waste energy wishing to do more. This has been essential in school. To pick a germane example, I skipped a second year of math by studying calculus on my own. I requested to transfer to the class, but I was told no. That could have been it, but then I followed up and asked if I could substitute the calculus homework for the precalc homework. It wasn't my first choice, but it worked more than well enough. Here I stand with some of the results.

Life as a runner has also given me an unusual but apparently highly effective ambition. When I race, I tend to "sit and kick" as it's known. I pick out the guy I want to beat, and sit down right behind him. Let him push the pace. But when it's decision time, I try to pull ahead. Sometimes it works, sometimes not, but I always end up ahead of where I'd otherwise finish. This works as a metaphor for school. A friend mentioned skipping a grade in math, so I did the same. A girl I know managed to skip two grades and finish the science department by sophomore year; I followed her lead.

For now, note that I see running as "how I live" not "my life"; I make the distinction because my first love is for physics. I've been raised as an orthodox nerd; consequently I see it as the highest cause to devote oneself to understanding the workings of the universe. Physics is the most fundamental of the sciences, so I devote myself to physics as a means to the end of understanding the universe at its most basic level. I have no deeper goal in life. To me physics olympiad is a means to that understanding.