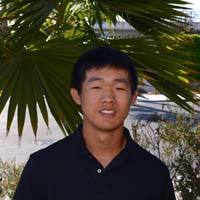 Since I can remember, I have always been interested in math. I enjoyed its intricacies and elegance. I loved learning concepts, but I wanted to push myself further. And as I learned more about math, I began to participate in competitions. I enjoyed competitions for the chance to excel and work on questions that would challenge me. Later, I found my love for physics. Physics used all the principles of mathematics, but applied them to the real world. It took a lot of work, but I enjoyed every moment.

My journey into the world of physics truly began in ninth grade. That year, I took an introductory physics class. Though I had always enjoyed science, I had never taken the opportunity to dive into any particular field. Physics showed me a more analytical view of the world. Starting from Newton’s Laws, I began to expand my knowledge through experimentation. But the world doesn’t exactly fit in a classroom. So I began to learn more. I studied, and at the end of the year, I took the AP Physics B exam. Over the summer and into the current year, I continued on my path, and I am thrilled that it has led me to the U.S. Physics Team.

As with mathematics, my love for physics has prompted me to enter competitions. Last year, I had the opportunity to take the F=ma qualifying round. I found out that I still had room to improve. So I studied more and tried to put all the pieces together. I did much better on the Physics Bowl later that year. I kept to my efforts in hopes that I would have a better performance on the Physics Olympiad this year. Now, I can truthfully say that it was worth every moment. I am honored that I will have the opportunity to possibly represent my country.

I am grateful to everyone who has supported me thus far. I would like to thank Mr. Lowe, Dr. Smith, and Mr. Milling for teaching me physics and helping me with the problems I bring to them. I would like to thank Dr. Li for patching some of the gaps in my knowledge. But most of all, I would like to thank my parents for guiding me and making all of this possible. Without their efforts, I never could have made it as far as I have. I look forward to meeting everyone in Maryland, and I am sure that I will enjoy every moment.