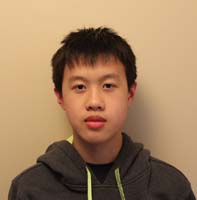 As long as I can remember, I have had a passion for learning how things work and why they are true. I was endlessly curious, and I loved to take things apart and see their inner mechanisms. As a result, I developed an interest in math and science from an early age. What initially drew me to science and math was that it was universally true, and it provided me with answers to many of my questions. When I heard about my school’s Science Olympiad program in middle school, I was naturally compelled to join, and Science Olympiad gave me my first opportunity to pursue my interests in science.

However, I was ultimately drawn to math and physics by their shared problem solving aspect. I discovered that hard problems were usually solved by clever applications of simple techniques, and I found it highly enjoyable to work on and solve problems because of the creative process involved. My first exposure to problem solving was through the AMC 8 and MATHCOUNTS in middle school. Although I never did particularly well in these contests, they laid a solid foundation for my future pursuits in problem solving.

My first encounter with physics was through Science Olympiad competitions in middle school. The physics events, such as Optics, Keep the Heat (thermodynamics) and Shock Value (electricity and magnetism) introduced me to several different areas of physics. When I heard about the USAPhO during freshman year, I decided to try my hand at the F=ma contest and attempt to qualify for semifinals. By working on problems from textbooks and past exams, I managed to do well enough to qualify. Although I did not do very well on the semifinal exam that year, this experience inspired me to study and do better the next year. During my sophomore year, I continued to enrich my physics knowledge through all kinds of online resources. In particular, MIT's OpenCourseWare is an excellent resource, where I learned many of the basic principles in physics.

I would like to thank everyone who has supported me along the way. In particular, I am very thankful to all of my teachers throughout middle and high school, especially, Ms. Buckley, my Science Olympiad coach at middle school. She offered invaluable insights and boosted my confidence during my science journey. I am also indebted to my parents, who gave me encouragement every step of the way. Without these individuals, I definitely would not have made it this far!

I'm very honored to be a part of this team, and I’m looking forward to meeting my fellow teammates and having an awesome experience at the camp!