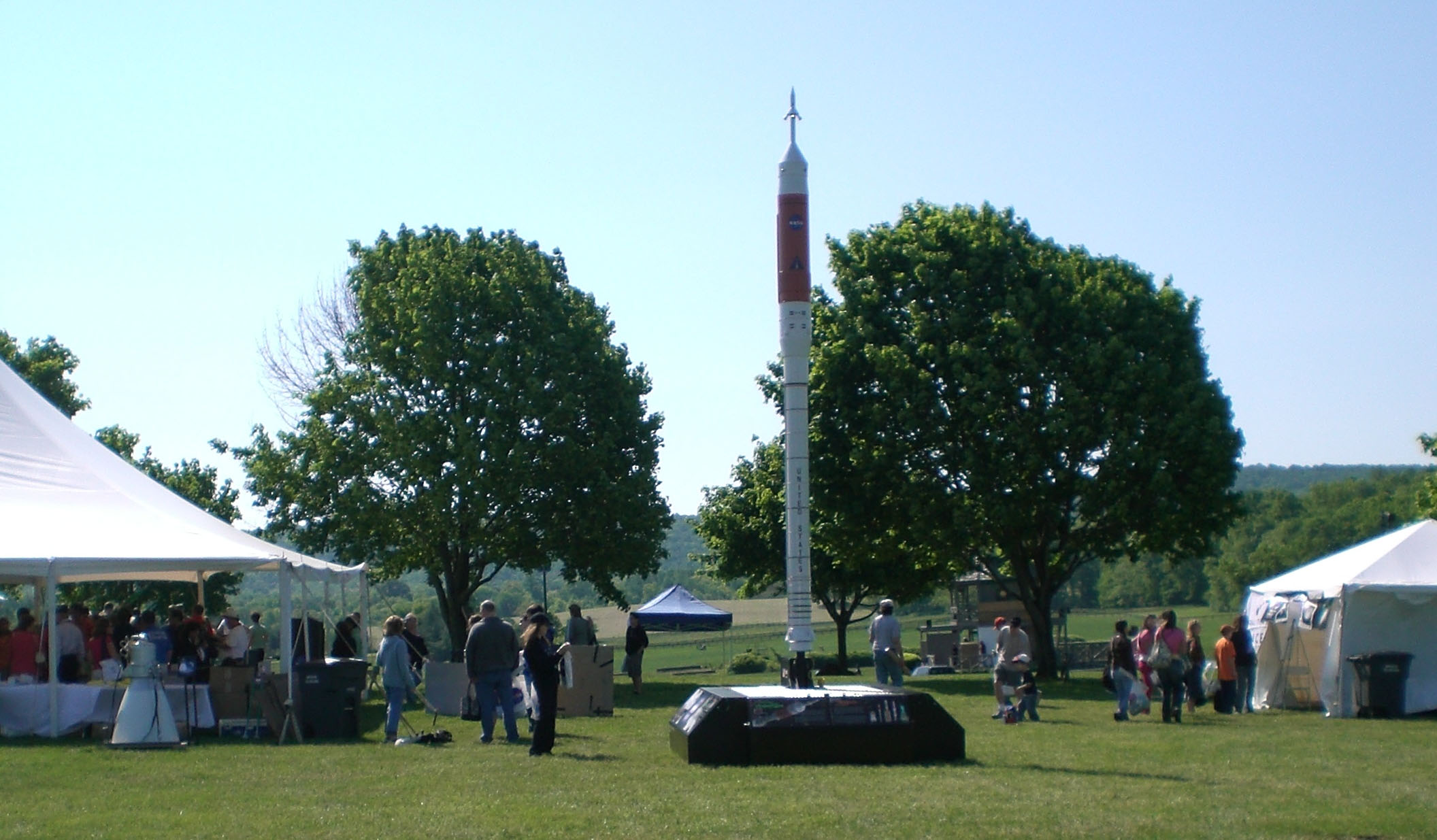 The 6th Annual Team America Rocketry Challenge Finals held May 17th, 2008 was a huge success. The contest sponsored by AAPT, AIA, NASA, & the Defense Department brought 100 high school teams together in The Plains, Virginia for their final rocket launch over the weekend. The challenge is intended to encourage students to consider careers in aerospace, as almost 60 percent of the U.S. aerospace workforce is 45 or older, according to AIA statistics. It was a team from Enloe High School in Raleigh, North Carolina who took home the title with a score of 23.94. Each point represents a divergence from altitude and time aloft targets, so the lower the score the better. Mulberry Grove High School in Illinois took second place with 29.88, while Kickapoo High School from Springfield, Missouri placed third with a score of 30.54. The winning team will head to Farnborough International Air show to compete against the winners of the UK Aerospace Youth Rocketry Challenge paid for by Raytheon Company. In addition the top three teams will be receiving a $5,000 scholarship from Lockheed Martin Corporation. Congratulations to all the teams who made it to the finals and had a successful launch! We look forward to seeing everyone at the finals next year. 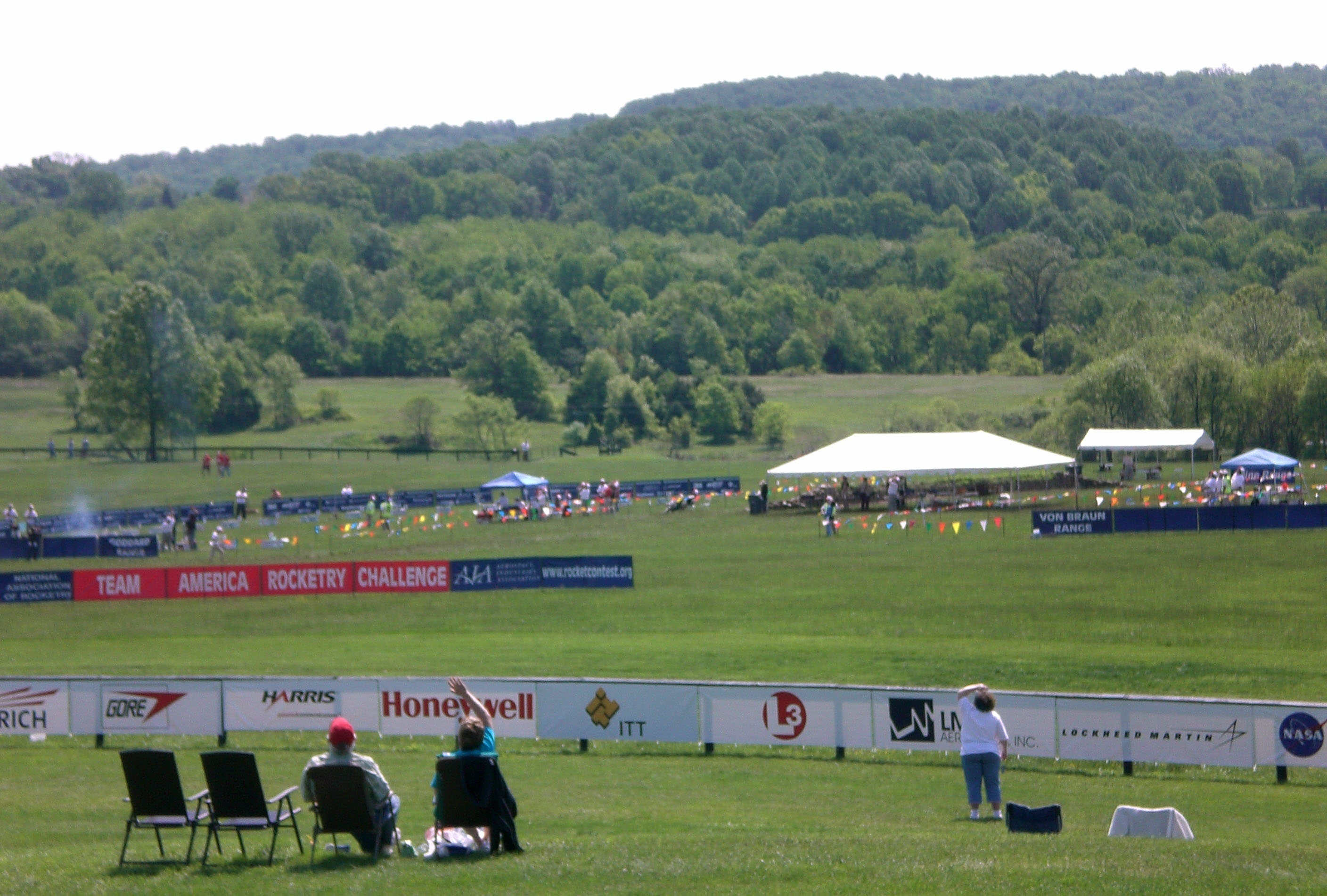 <a name="chairtalk"></a>Chairs Talk: AAPT/APS Conference
AAPT and APS held the 9th biennial Conference of Physics Department Chairs from June 6 to 8 at the American Center for Physics in College Park, Maryland.

Nearly a hundred physics department heads met and shared experiences in breakout sessions, in hallways, at coffee breaks, and around the luncheon and dinner tables as well as in meetings. How do you organize a departmental review?  How do you help young faculty set up research programs? How do you attract more students – especially women and minorities – into physics? Can we double the number of physics majors? Should we? How?


The conference theme was “The Role of Physics in Informing and Advancing Energy Research and Solutions.” That role is an important one. As AAPT Executive Officer Charles Holbrow said in his opening remarks, “Energy belongs to us! We invented the concept.”
Keynote speaker George Crabtree, Argonne National Laboratory, outlined the big picture: The world is using energy at the rate of 13-14 TW. By 2050 this consumption will double. There can be no single way to find and safely use so much new energy, but increased efficiency is clearly one essential approach.

Harriet Kung, Director of Materials Science and Engineering at the U.S. Department of Energy, described an ambitious five-year study DOE study that identified research needed to develop new energy technologies and improve existing ones. However, the well-laid plans to carry out the research have not been funded.

Alvin Compaan, University of Toledo, described his interesting research and told how he and colleagues have cooperated with local industry to develop efficient and marketable photovoltaic cells. He highlighted their possibilities by showing how he uses solar panels in his own home to sharply reduce use of electricity from the power grid. He also has converted his truck to be fully electric. He commutes to work in it, and if the grid fails, he can plug the truck into his house to provide emergency power for up to five days. “Putting solar panels on your roof isn’t economical, but it’s the right thing to do,” said Tom Furtak, Colorado School of Mines. He noted that traditional fossil fuels remain an important part of the energy picture for the foreseeable future.

A list of speakers and their topics is at http://www.aapt.org/Events/depchairsprogram.cfm. Links to resource materials will be added as they become available.

The April death of John Wheeler causes AAPT members to reflect upon the influence of this visionary physicist.  An AAPT 1983 Oersted Medal winner, Wheeler devoted his life to his physics and to mentoring students. He began teaching in 1935 at the University of North Carolina and ended his formal teaching career at the University of Texas in 1986, with most of the time in between spent at Princeton University (where, even after 1986, he guided some senior theses). He mentored such physicists as Nobel Prize winner Richard Feynman (1972 Oersted Medalist) and Kip Thorne (1992 Richtmyer Awardee and Lecturer).  Ed Taylor, former editor of the American Journal of Physics, long time AAPT activist and creative producer of novel pedagogy, co-authored two widely used undergraduate textbooks with Wheeler, Spacetime Physics and Exploring Black Holes:  Introduction to General Relativity.

Ken Ford, AAPT 1972-1973 president and 2006 Oersted Medal winner, was Wheeler's Ph.D. student and remained his friend for more than fifty years. Ford co-authored Wheeler's autobiography (Geons, Black Holes, and Quantum Foam: A Life in Physics), published in 1998, and, in Wheeler's later years, visited him frequently to assist with correspondence and other writing. "Wheeler’s incredible research achievements," says Ford, "were mirrored in an astonishing record of teaching and mentoring. One thing that Wheeler loved to say and truly believed was 'If you would learn, teach!'"

Charles Holbrow, AAPT Executive Officer and former AAPT 2003-2004 president, sees Wheeler’s death with an AAPT perspective, “AAPT embraces all teachers of physics.  John Wheeler's death is an occasion to reflect on how great physicists are great teachers.  Wheeler shaped physics education by his research, his books, his teaching, and, perhaps most lastingly, by the students he inspired.”

Morris R. Lerner, a 1972 recipient of AAPT’s
Distinguished Service Citation for exceptional
contributions to physics teaching, died June 5 in
Millburn, New Jersey at age 94. He was the founder
in 1974 of Science High School, now known as
Science Park High School, in Newark. A long-time
member of AAPT, Lerner had previously taught
science for many years at Barrington High School.

Lerner was termed “a legendary teacher” by a former student, New Jersey inventor and writer Harry Roman. A colleague, Joanne R. Hand, said Lerner believed that any student could be taught to do science and to love science.

He was born in Philadelphia in 1914, went to high school in Newark and earned master’s and bachelor’s degrees from New York University. He was the first principal of Science High, and he later became Newark’s assistant superintendent of education. He was president of the National Science Teachers Association (NSTA) in 1971.

<a name="FormerAAPTPres"></a>Former AAPT Presidents at APS

Many AAPT activists also fill important roles in the American Physical Society.
Three former presidents of AAPT spoke at the April APS meeting in St. Louis during historical sessions that marked the 65th anniversary of the Manhattan Project and the development of the atomic bomb at Los Alamos National Laboratory. The three participants were E. Leonard (Len) Jossem, AAPT President 1973-74; Anthony (Tony) French, 1985-86; and Alfred (Al) Bartlett, 1978-79.
AAPT was particularly well represented in the APS Forum on Education (FEd) meetings. Five former presidents as well as several other long-time AAPT members were present. The former presidents were Harvey Leff, President 2007-2008; Kenneth Heller, 2006-2007; Charles Holbrow, 2003-2004; Tom Rossing,1991-92; and Judy Franz, 1990-91.
Jossem and French gave papers during two sessions sponsored by the Forum on the History of Physics (FHP) and the Forum on Physics and Society (FPS). French’s paper was followed by a panel discussion in which he, Jossem and Al Bartlett participated.
The talks and discussion recalled cheerful times at Los Alamos -- amateur music and drama, parties, square dances, and mountain hikes --  and also serious matters such as fatal lab accidents, awe-inspiring weapons tests, scientific controversies, and contentious political and moral issues.

It’s a major volunteer project: lining up the five-day program of talks, posters, cracker barrel sessions, committees and special events for an AAPT meeting. Here’s how it was done for the July 19 – 23, 2008 meeting in Edmonton.
The scene: A conference room in the American Center for Physics, AAPT’s home in College Park, Maryland. Tiffany Hayes, Associate Meetings Director, has coffee ready. It’s Friday morning, April 4.
The team: The task: Tiffany has been assembling the abstracts – about 400 of them—for weeks. These are digests of the talks, posters, and informal cracker barrel sessions that will make up the program. Five sets of eyes will go over each abstract—reading, rereading, discussing, categorizing. All should end up scheduled in a logical way, and they should not conflict with other events such as plenary sessions, committee and program planning meetings, awards ceremonies, a picnic, and more.


The process: Friday morning  People come in at intervals from hotels, from the airport or from home. They greet each other and start leafing through the stacks of paper.
Noon  A break for sandwiches; then back to the folders. The sorters pass abstracts back and forth, trying to get a feeling for where each one fits into the big picture. From time to time Alex comments on how things are going.
4 p.m.  “We’re making pretty good progress here,” he says.
6:30 p.m.  Tiffany brings in supper – meatballs, pasta, salad, cookies. The team relaxes. They reminisce about favorite meetings they’ve been to in the past, and question Terry about whether they’ll see bison in Alberta.  Then back to the abstracts.
9 p.m. “Looks great,” Alex says. Everybody says good night.
Saturday, 8:45 a.m.  On the job early. The sifting is more detailed. Abstracts within each category are sorted by subject and type. Two 30-minute invited papers and six 10-minute contributed ones are about right for a two-hour session; the subjects should be related.
Alex and Terry study placement and spacing of the posters, which should be located close to related talks and scheduled accordingly. Terry knows the dimensions of the available rooms; he and Alex sit at a computer discussing the size of the poster stands and whether there’s room to walk between them.
Noon  A halt for lunch, then back to the job.  Scheduling conflicts emerge. Some people are booked for more than one talk; some have to leave the conference early. Some subjects are paired, and those talks need to be in sequence. Tiffany gets on the phone to negotiate.

3 p.m. “That should do it,” Alex says.
The action shifts from the tables to the metal poster board, which is ruled into a grid. Tiffany brings out a box of small magnets labeled for session topics. Alex picks out a handful.

“There has to be a real science talk going on somewhere in each time slot, for the people who are interested in the physics itself, as distinct from teaching,” he says. “We need that.”
He lines his magnets up on the grid. A buzz of comments and suggestions arises.
Team members gather around and start picking out magnets more or less according to specialty. Rachel concentrates on PER, Shannon on sessions that will interest high-school teachers. Terry keeps an eye on how the crowds will fit in.
David Cook is evaluating the process itself; next year he’ll preside.
There aren’t enough hours in the conference day—grid lines are scrubbed out and redrawn, and the sessions get a little longer.
Six p.m. It’s over. Relief and satisfaction fill the room. One or two people hover around the board.
“That’s it—we’ve done it. Thanks everybody,” Alex says. “Let’s go to dinner.” He repeats the message several times. Finally he puts on his jacket.
“I’ll be out front in the car,” he says.