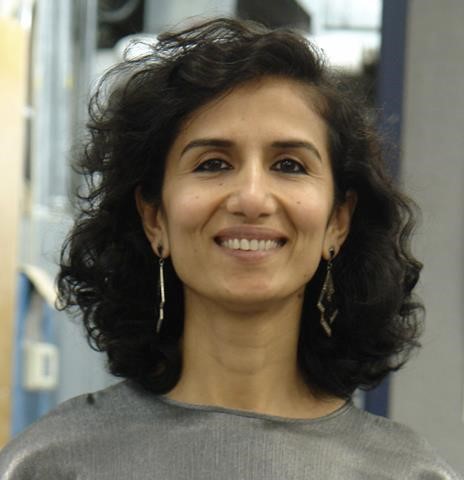 During the 2020 Winter Meeting in Orlando, Florida, the presidential gavel was presented to Dr. Chandralekha Singh. She will serve as President of the American Association of Physics Teachers for the coming year. Singh, Professor in the Department of Physics and Astronomy and Founding Director of the Discipline-based Science Education Research Center at the University of Pittsburgh, has previously served on the AAPT Board of Directors as President-elect and Vice President.

Regarding her service to AAPT, Singh said, "This position comes with the opportunity to lead an organization that I revere and work with dedicated and enthusiastic colleagues who share my passion for enhancing the understanding and appreciation of physics through teaching."

Singh will also focus on expanding professional development activities for physics educators that focus on making physics classrooms inclusive and equitable. “These activities can help physics instructors improve students’ sense of belonging and create a low anxiety learning environment in which all students can contribute to physics related discussions without fear of being wrong.”

Singh, an active member of APS and AAPT, has been recognized with the Homer L. Dodge Citation for Distinguished Service to AAPT (2012), as AAPT Fellow (2014) and as APS Fellow (2011). She is also a Fellow of the American Association for the Advancement of Science (2017).

About AAPT The AAPT is the premier national organization and authority on physics and physical science education with members worldwide. Our mission is to advance the greater good through physics education. We provide our members with many opportunities for professional development, communication, and student enrichment. We serve the larger community through a variety of programs and publications. AAPT was founded in 1930 and is headquartered in the American Center for Physics in College Park, Maryland.