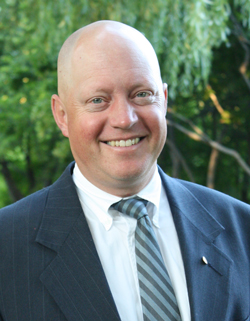 College Park, MD, April 4, 2019—AAPT has announced that Brian A Pyper will receive the association's Homer L. Dodge Citation for Distinguished Service to AAPT, during their 2019 Summer Meeting in Provo, Utah.

Professor of Physics and Director of Physics Education at BYU-Idaho, Pyper is a strong advocate of physics education. He has dedicated his time to not only maintaining the university’s physics education program but has also been involved in various AAPT functions. He has served on the AAPT committee for Women in Physics, Physics in High Schools and Science Ed for the Public. He also chaired the Women in Physics Committee in 2010 and is now Chair for the Committee on Science Ed for the Public. He is also currently serving on the national Meetings Committee. He served on the AAPT national Nominating Committee in 2014-15, and has given workshops, talks, and presentations at section and national meetings almost every year since 2001.

Regarding his selection to receive this citation, Pyper said, “I am honored and pleased to be considered for this recognition. I love AAPT and appreciate how my association with AAPT has impacted my career and personal life for all these years I’ve been involved with it.”