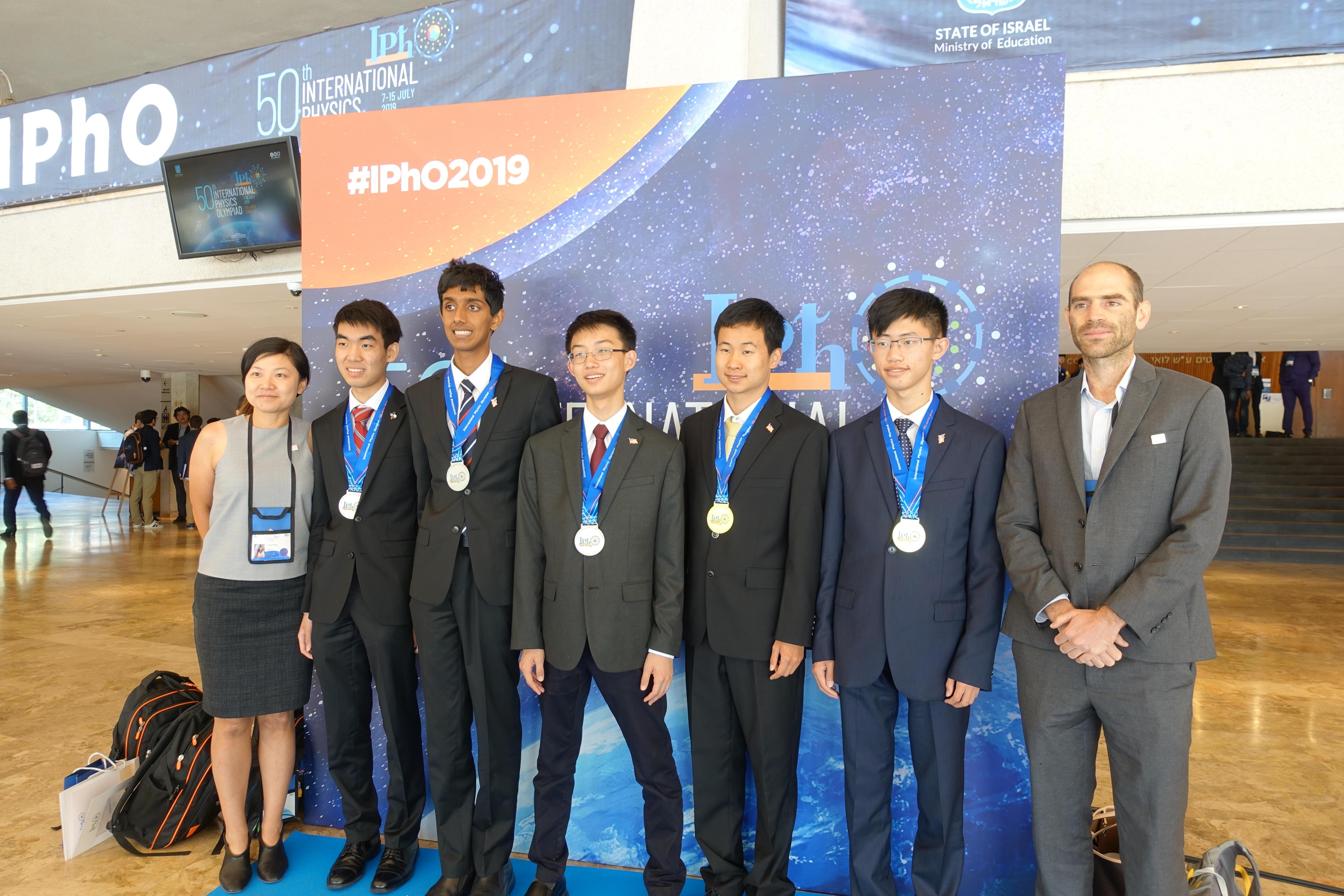 July 16, 2019 College Park, Maryland — The 50th International Physics Olympiad came to a close on Sunday, July 15, 2019 in a ceremony that included jubilant winners, dance and music performances, and speeches, all reflecting the many cultures represented in the Olympiad. Between examinations the physics scholars toured Israel, from floating in the Dead Sea to hiking in national parks.

The team is lead by Academic Director JiaJia Dong ( Bucknell University) and Mark Eichenlaub ( Art of Problem Solving). Prior to the competition, the students also spent one week training with the British Physics Team in Cambridge, UK.

The overall winner was China, the best female participant was from Viet Nam, and the best creative solution winner was from Romania. Nearly 370 of the world’s brightest high school students from 78 countries met to compete in Tel Aviv, Israel.

In addition to solving three theoretical challenges on the physics of slinky, microwave oven, and thermoacoustics, and two experimental challenges on high accuracy measurement of refractive index, and the interplay of the thermal and electrical conductivities, the students participated in many cultural activities. The international event was organized and supported by the Israeli Education Ministry, with Tel Aviv University's School of Physics and Astronomy responsible for its academic program.

"AAPT congratulates these student scholars. Their exceptional achievements in this international competition are a reflection of the work of their coaches, the entire 2019 Physics Team, the support of their families, and the best of physics education," said Dr. Beth A. Cunningham, Executive Officer of the American Association of Physics Teachers.

More on the Web

About AAPT
AAPT is an international organization for physics educators, physicists, and industrial scientists—with members worldwide. Dedicated to enhancing the understanding and appreciation of physics through teaching, AAPT provides awards, publications, and programs that encourage teaching practical application of physics principles, support continuing professional development, and reward excellence in physics education. Founded in 1930, the Association is headquartered in the American Center for Physics at College Park, Maryland.