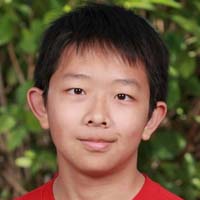 As a kid, I loved making things. Second grade, I remember sitting in the classroom after school--alone, for, as a kid, I sucked at making friends--folding make-believe laptops and clip-on USB sticks out of notebook paper, imagining that I, somehow, could design my own world, create my own toys. Something--I'm not sure what--about creating things captivated me.

Months later, I found myself obsessed with designing the perfect paper airplane--one that would glide stylishly (not like some boring straight dart-plane) but also smoothly. My friend (by now, I'd managed to find a friend) and I found that, for some reason, adding vertical flaps to the tip of the wing caused the plane to curve upward. We took note of this unexplained fact. Soon, we turned the classroom into a paper airport. We got in trouble for that.

Early in high school, I got my first robotics kit--an Arduino Uno, a breadboard, a pack of jumper wires, and an assortment of overpriced transistors and resistors and diodes and capacitors and motors and buttons from RadioShack. What were these things, I wondered, and how do I use them? More importantly: OW! Why the heck is this transistor so hot? Out of fear, perhaps, I stopped playing with electronics.

That is, of course, until I found physics. Or, perhaps, until I found mathematics. No longer was I restricted to my gut judgment, to trial-and-error, to hand-wavy mumbo-jumbo about electrons and atoms and some dude called Bernoulli--finally, I found that I could truly feel the world through concrete, mathematical models; that I could use these models, these few mathematical axioms to explain all the natural phenomena I once found strange. Physics, so to speak, brought it all together; it introduced order and simplicity into this strange world of complicated facts.

So I dived into physics, eager to find out how objects moved in a gravitational field, how momentum and energy interacted when balls bounced, how pressure changed with a fluid's flow rate, how frisbees curved depending on their spin, how to limit current and calculate power dissipation and radiation and how to not nearly burn my finger off by shorting a MOSFET...

Physics empowered me with a means of understanding the world--a model with which to predict, to analyze, to control the world, a toolkit with which to shape and alter and change the world. Physics, I realized, gave me what I needed to "make" the world.