The History of AAPT 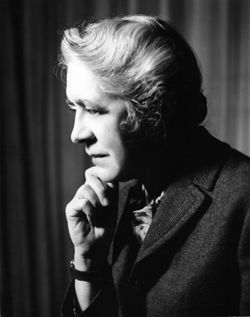 The history of the American Association of Physics Teachers (and related organizations) is rich and fascinating. We are delighted to acknowledge the work and dedicated spirit of Melba Phillips (February 1, 1907 – November 8, 2004) who wrote and edited the early versions of this history and saw through updates on the occasions of the AAPT's 35th and 50th anniversaries. That work included editing a collection of reprints on "Fifty Years of Teaching Physics" during the 50th Anniversary of the AAPT in 1980. In addition she also edited a second publication at that time, "AAPT Pathways" which contains the texts from talks given at the celebrative anniversary symposium. That volume also includes the first half-century history of the association edited by Phillips as of 1980.

In the early 1930's, as the AAPT and American Institute of Physics (AIP) were being formed, Phillips was just completing her Ph.D. with Robert Oppenheimer at Berkeley - http://www-news.uchicago.edu/releases/04/041116.phillips.shtml. Still it is clear Phillips and earlier AAPT leaders shared a high vision for this organization as a unifying and constructive catalyst, with the shared value of physics teaching helping provide a sustaining glue for the full breadth of organizations represented by the AIP. This followed from a simple conviction that the human values of teaching can bring folks together, and in that vein Phillips ended her "Pathways" historical summary of the association in 1966 with a reflective quote (and contemporary challenge for us all) from Homer L. Dodge, the first president of the AAPT (from an interview with Dodge, AIP Oral History Project, January 23, 1963, p. 40).

"I should add that it is my considered opinion . . . that the kind of thinking that has characterized the AAPT group through the years, and which often found expression in meetings of the Governing Board of the American Institute of Physics, has been highly constructive in furthering the broad program of physics through the last 30 years - all phases of physics. The representatives of the AAPT have contributed enormously to the broad, comprehensive, constructive thinking about how physics can not only make progress as a science but also promote the welfare of the country in many ways and at all times, especially in time of war. So it's natural that the AAPT should always be finding problems to be solved, because the Association has stood for that."

You will see from the navigation links that this history is organized a bit thematically - with overlays from the chronological evolution of the multifaceted organization we see today.

Past and Present Editors, American Journal of Physics

Past and Present Editors, The Physics Teacher